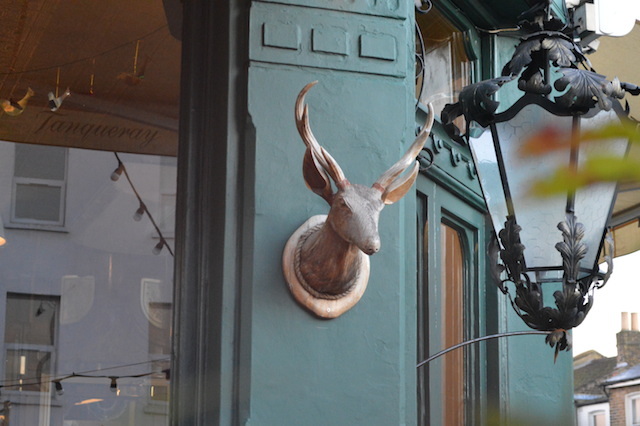 This pub was voted the best in Dulwich by Londonist readers.

East Dulwich is a superb area for a pub crawl, and there's no finer place to start, finish, or linger than the Great Exhibition. Named after the debut show at the Crystal Palace, the pub is itself an eye-catching building both inside and out. Indeed, there's an attractive tile mural of the Palace lurking above the bar. The friendly staff are happy to talk you through the rotating suite of interesting beers — we tried ales from Newport's Tiny Rebel Brewery and Brighton's Laine brewery. The food offering also looks good, as evinced by the large number of families dotted around the place, tucking in to something warming. The place was almost full to seating capacity at 3pm on the Monday after Christmas, which tells you something about its popularity. We'll have to return in summer to try the small beer garden, and linger for a little longer.

Back to all Pubs Back to Dulwich
Click for Comments