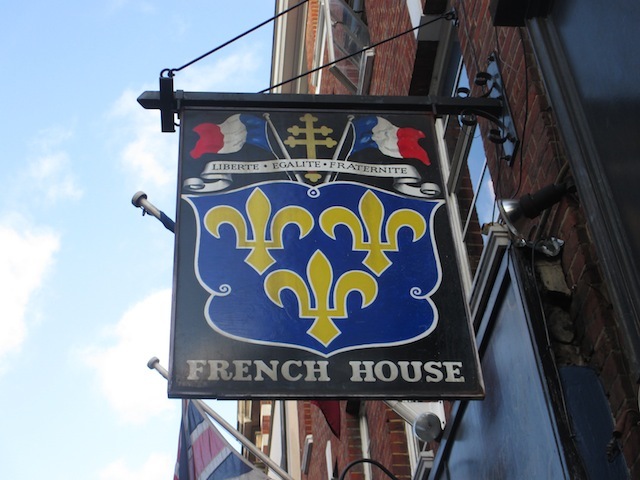 This pub was voted the best in Soho by Londonist readers.

A meeting place for the French Resistance during the Second World War, this is also where Dylan Thomas lost the original, handwritten, copy of Under Milk Wood in 1953. John Mortimer, creator of Rumpole, also enjoyed a tipple here. Formerly The Wine House, then, from 1914, known as York Minster. The name was changed to the French House in 1984 following the fire at York Minster.

The pub is cramped and dark but atmospheric, with black-and-white photos and posters plastered over the walls. The beer is a unimaginative to say the least, but you can try thirty types of champagne by the glass as well as traditional French cider. Famously, the bar refuses to serve pints, and takes a dim view of mobile phone use. Congratulations, then to the 1,700 people who've somehow managed to 'check in' on FourSquare. Even our camera got disapproving looks from the clientele (see below).