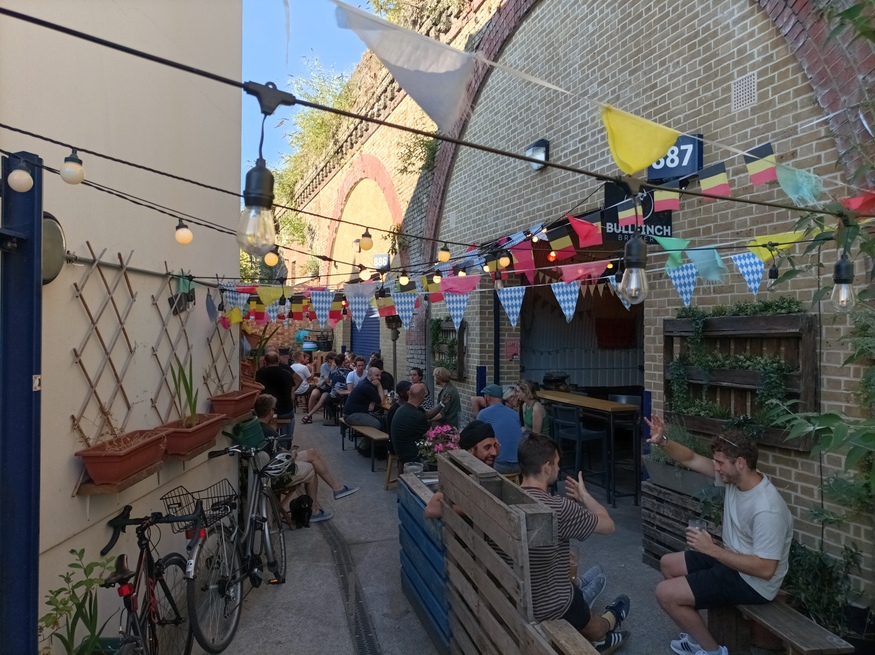 Having given the trendy Bermondsey beer mile the slip a few years back, microbrewery/taproom Bullfinch pitched up beneath a Herne Hill railway arch, and has endeared itself to the local community ever since.

As the end of the work day/weekend comes round, the dogwalkers and beer lovers of Herne Hill and its environs swoop across the glorious Brockwell Park, to rest their limbs and catch up over a pint here at Bullfinch, and at (almost) neighbouring Canopy.

The stuff they're pouring will put a grin on your face — Bullfinch have perfected their range of brews: a zingy 6% saison called Milou (it's named after Tintin's dog), a coffee porter and our favourite, a moreish American pale ale by the name of Wolf (maybe because you can't help but wolf it down).

There's also a distinctive teutonic vibe, courtesy of the Franconian beers packing the fridges (not to mention the various Bundesflagges on show.)

More recently, the bar has added a wider range of guest beers to it offerings from the likes of Beak, Salopian and Vault City (when we were last in, they had an uncannily good banana sour from the latter).

This is very much the place to come when you fancy a crafty craft beer with the bonus rumble of train tracks, but without all that beer mile hullaballoo.