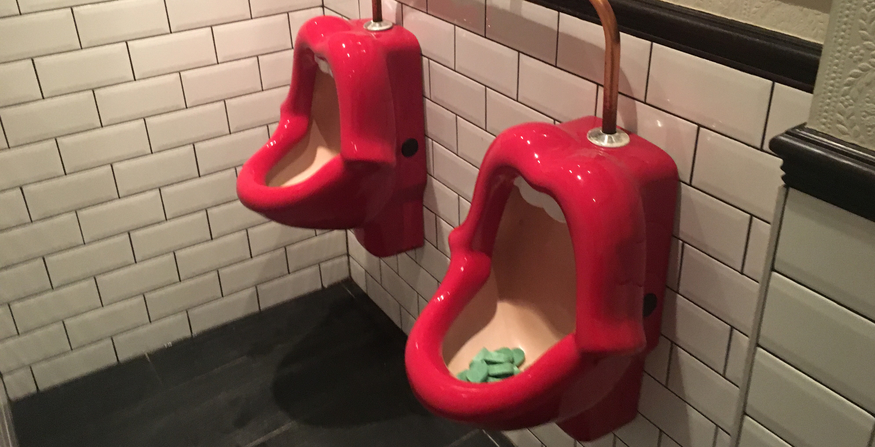 In the heart of De Beauvoir (if it can be said to have a heart) lies The Hunter S, named for the inimitable writer. The pub has the same madcap energy that Thompson's writing brimmed with, from the mounted animal heads to the extremely racy bathrooms.

The Hunter S is stuffed with such a random assortment of stuff (taxidermy, colonialist memorabilia and pornography), you might assume it would jar. Somehow it sticks the landing with an undeniable charm. The pub has a solid — but not particularly extensive — selection of beers, along with a well stocked bar for those wanting something a tad stronger. It's also a gastropub that offers delicious locally-sourced food.

A trip to the bathroom is always memorable, thanks to the lips-shaped urinals and the pornographic pictures lining the walls. We were once accosted by a man in the loos — he'd perhaps had one too many — who looked at me, pointed at the walls and said "what the fuck is this about". So it's not for everyone.

Back to all Pubs Back to Dalston