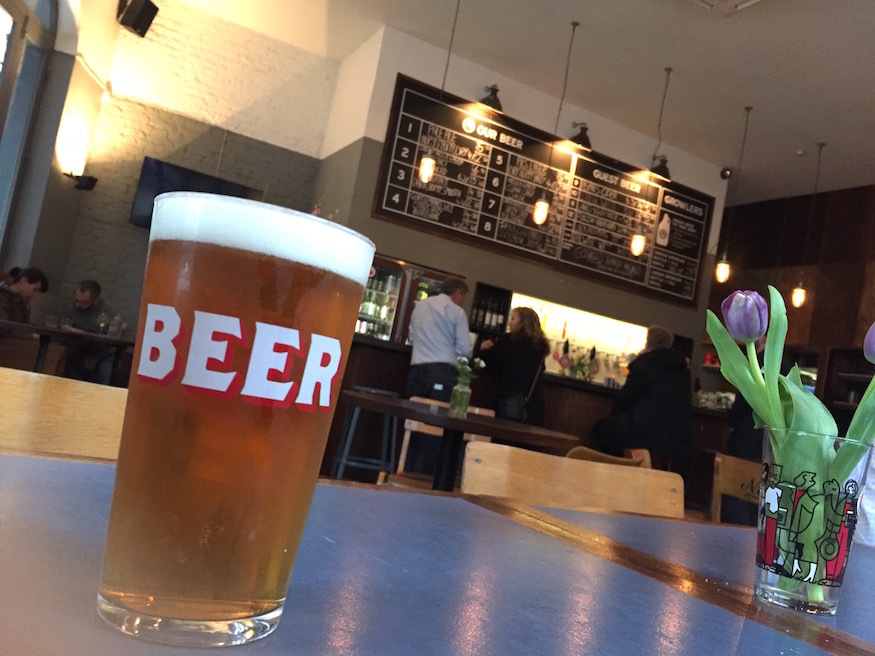 As a rule of thumb, the closest pub to a tube station is rarely the best. The Horseshoe begs to differ. It's modern and bright, with just the right amount of cosiness in the corners. Padded seats by the window are ideal for the solo drinker to watch the world go by, while large tables further back cater for groups.

The Horseshoe is ran by the people behind Camden Town Brewery, as becomes apparent with the merest glimpse behind the bar. Most of the taps are badged up with Camden's ales, stouts and lagers, though there are a few guests, too. It's mostly a keg affair, but a couple of casks can be sampled.

In fact, the now-famous brewery started out in the basement of this pub, before moving over to Kentish Town's railway arches in 2010. Strange but true, then — Camden Town Brewery has lived in two locations, neither of which is Camden Town.

Back to all Pubs Back to Hampstead