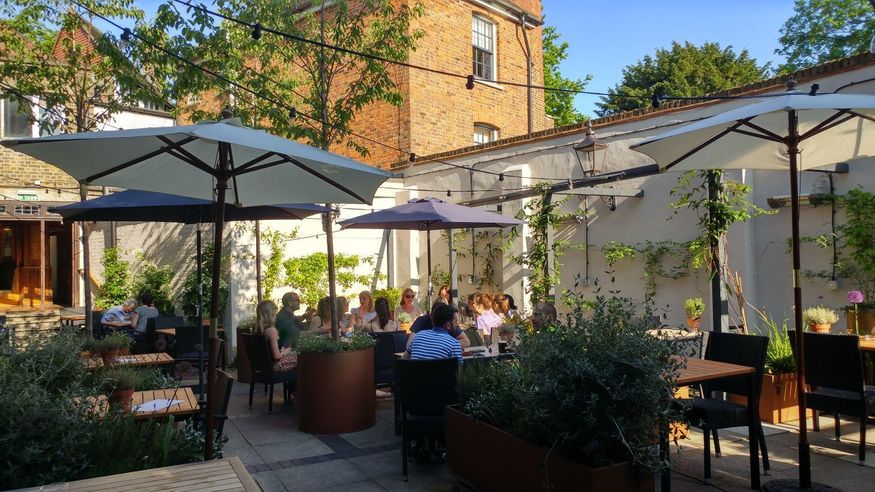 The Gatehouse sits proudly atop Highgate Hill, looking down upon central London from one of the best viewpoints in the city. Climbing Highgate's steep summit is worth it for this pub, just power through the altitude sickness. The design is mock Tudor on the outside, cosy on the inside and then spacious and summery in the beer garden.

The Gatehouse used to be a Wetherspoon up until 2016 when it reopened under new and significantly different management. Yes, prices have gone up, but no one can compete with 'spoons on that front. With these extra costs comes a wider selection of drinks and delicious Spanish influenced food.

The Gatehouse has retained its best feature from its previous incarnation, the theatre upstairs. We're a big fan of their Christmas musicals, but the programme is excellent throughout the year.

One of the pub's highlights is the lip service it pays to local history. Lining the walls there are images alongside short bios of Highgate's famous female historical figures: including Angela Burdett-Coutts, Arabella Stuart and Mary Kingsley. So you might learn something as you sip on your pint.

Back to all Pubs Back to Highgate