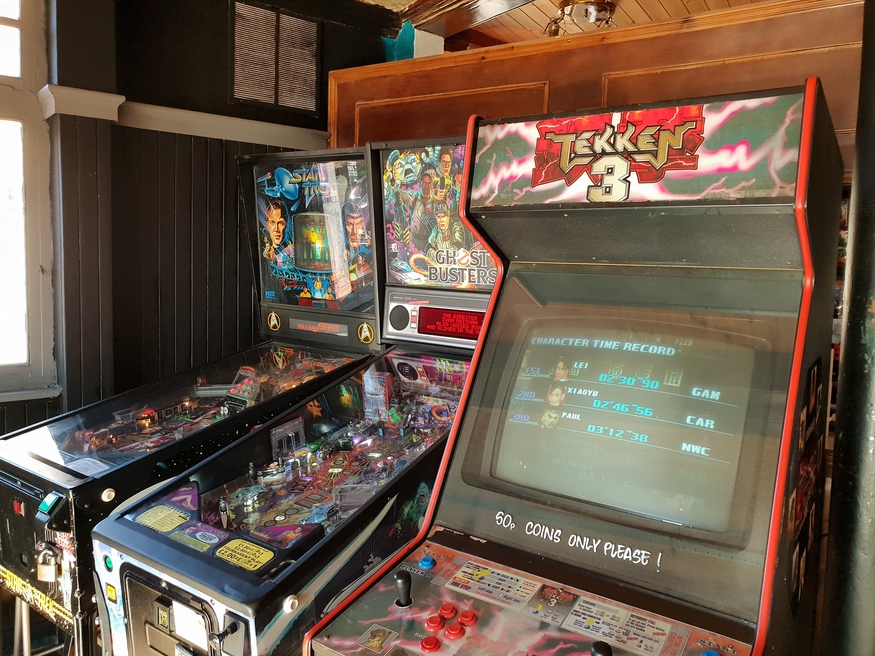 Sister pub to Loading Bar in Dalston, this gaming-themed pub in Stratford does a great job at combining boozing and gaming. There are plenty of screens to hunker down in front of, pick up a controller and embarrass your mates. Some screens are fixed to a wall and you have to scoot up rather close on stools to play, but if you're lucky you can nab a big screen with a sofa. A couple of arcade machines are provided for those who like things old-school.

It's not just video games though — a hefty selection of board games are on offer too. These prove just as popular as the electronic fun with punters on our Sunday afternoon visit.

The best part about all this gaming? It doesn't cost extra. As long as you're buying drinks at the bar, everything else is included. Sure the selection on tap isn't particularly impressive, but we enjoy a tasty Coast to Coast while playing games like Nidhogg 2 and the hilarious Mount Your Friends. Drinks prices might be a bit inflated to cover the gaming costs, but that's understandable.

Finally there's a decent beer garden out back, where we came across plenty of people who weren't doing any gaming, just regarded Secret Weapon as their drinking hole of choice.

Back to all Pubs Back to West Ham to East Ham