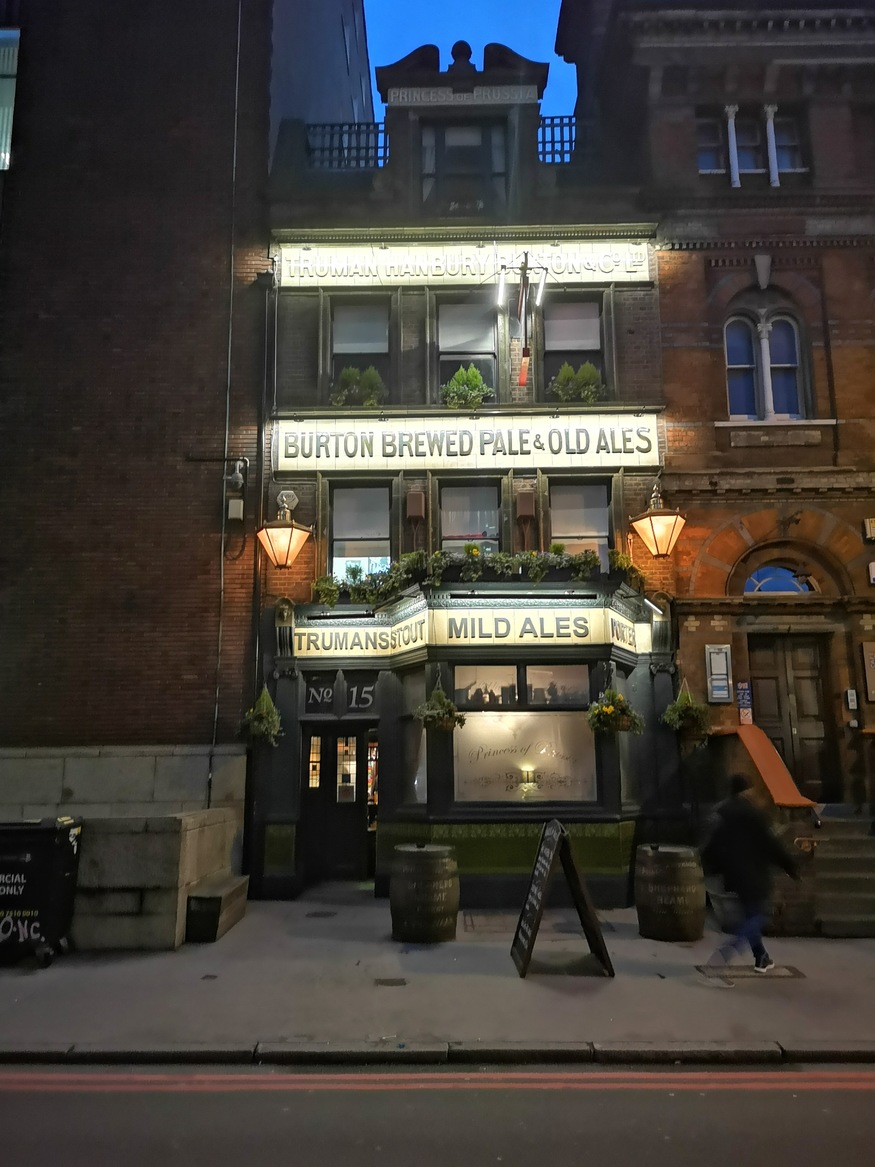 The square of land between Minories and Leman Street has, for reasons we've never been able to fathom, a particular preponderance of average pubs. We're sure each has its charms to the regulars, but nothing you'd go out of your way to visit.

The Princess of Prussia is a bit different. Behind its unique exterior lurks a beautiful Victorian bar. It's clearly been updated once or twice, but the overall effect still feels authentically 19th century. It's the sort of place you might expect Dan Cruickshank to pop into for a pint — which is exactly what he did on one of our visits.

Whether you're drinking in the bustling front bar, or cosying up in the back space, this is a truly lovely pub in which to hang out. What's more, there's a reasonably sized beer garden round the back, should you have some kind of phobia against dark wooden interiors and Dan Cruickshank.

The Princess is a Shepherd Neame house, so the beers are largely familiar names like Whitstable Bay and Spitfire. That said, the Faversham-based brewery is getting a little bit more experimental of late, and we enjoyed the novelty of the Sun & Planet steam ale. And there's always Guinness.

Back to all Pubs Back to Whitechapel