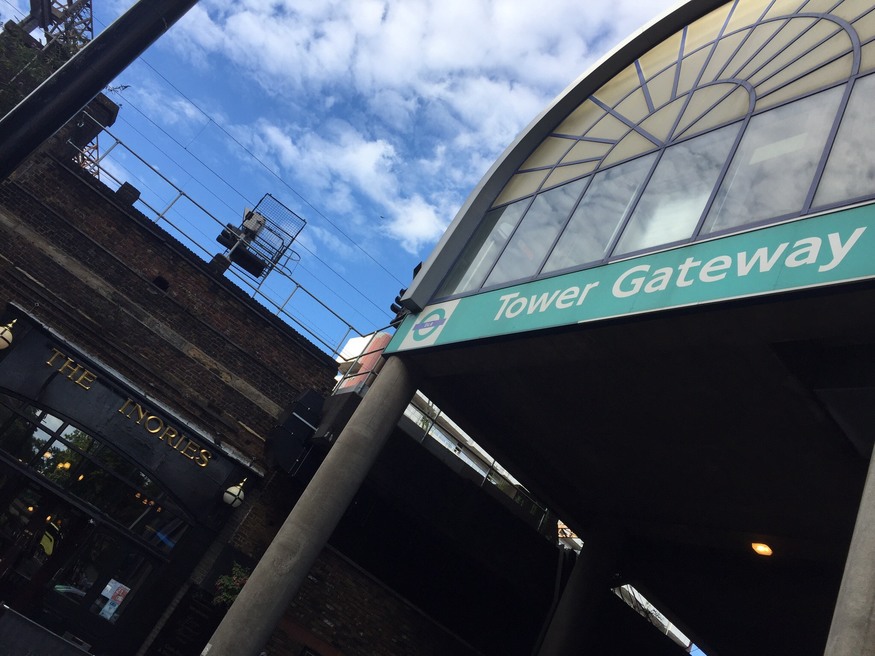 Named after the street running to the north, the Minories nestles right underneath Tower Gateway tube. It could almost count as a station pub. It's more 'underground' than DLR, though — built into the arches beneath the Fenchurch Street viaduct.

The interior is rather charming, with its barrelled ceiling and booth seating. Further, this must be the only pub in the Square Mile to have two outdoor seating areas — although the one beside the DLR isn't much to shout about. This one at the back has an outdoor screen... which is definitely a rarity in the City.

The beer choice initially looks promising, with several cask pumps and a 'brewery fresh' tank of Greenwich Meantime lager. But then we look at the 'craft beers' board and see Guinness listed. Hmm.

To be fair, it's still a lot better than most of the other pubs in this quarter. The Minories area contains London's greatest concentration of underwhelming drinking dens. This is one of the few with any character. It also boasts a slightly quirky food offering, with sub-menus of burritos and tapas, alongside what's accurately termed 'The Usual Suspects'. You can even get breakfast here... and on a Sunday. Surely this place shouldn't be in the Square Mile?