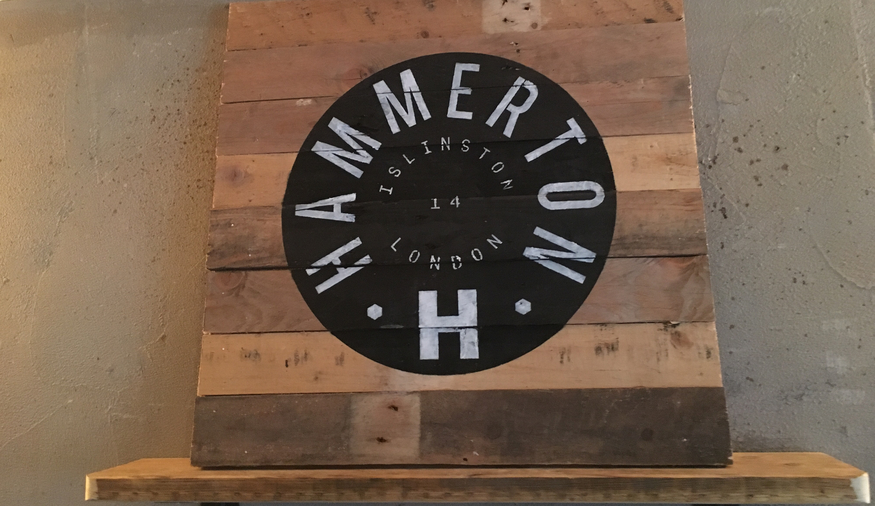 The southern end of Holloway Road is quietly becoming a haven for quality pubs. The latest addition to the bunch is House of Hammerton, related to popular local craft beer Hammerton. The brand's brewery is just a short walk away in Barnsbury; they opened this new space due to the overwhelming success of their monthly taproom openings.

The main reason to visit the pub is its impressively extensive selection of beers. This is dreamland for any craft beer fan: there's a comprehensive collection of Hammerton's own beers on tap, followed by a fair few guests too. There's even more beer to be found in cans and bottles if you're somehow unsatisfied by what's on offer. If you're not a beer drinker, fear not; there's a healthy selection of wines and cocktails too.

The menu doesn't stop at drinks. There's Mexican food to chow on while you're drinking. We didn't try any ourselves, but delicious, spicy smells were (almost) enough to distract us from the serious business of beer.

The early signs for the pub are good — there isn't a spare seat to be found on a Wednesday. The pub's design is rustic to the extreme. Exposed brickwork complements the equally exposed concrete and an eighty year old metal Hammerton advertising sign, line the walls.

A quick word to the wise — as with all pubs in this area, expect it to be rammed on Arsenal match days.

Back to all Pubs Back to Highbury and Canonbury