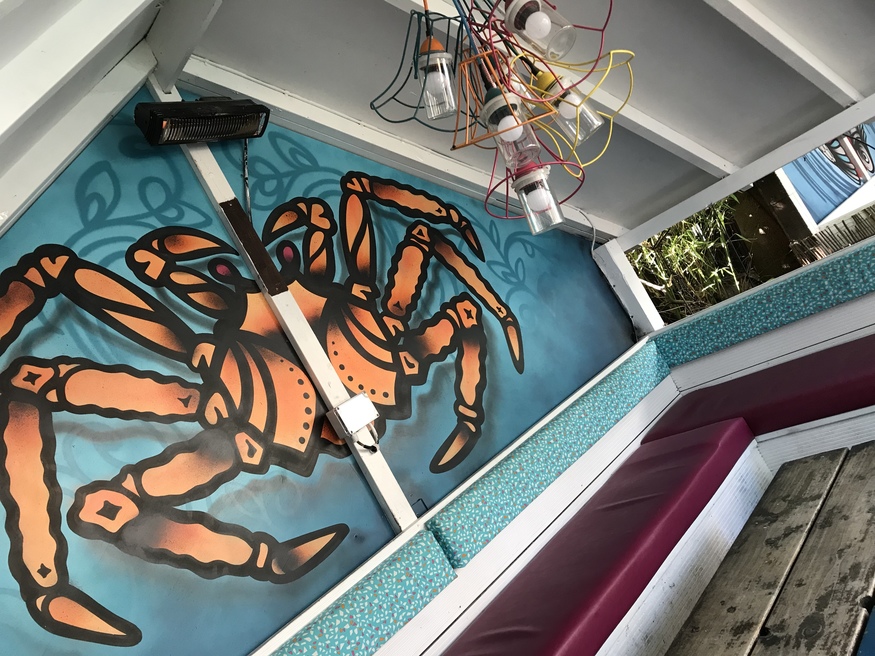 Not quite Brixton, not quite Clapham, but somewhere between the two... both geographically and in attitude. That's the Hope and Anchor. This former Grand Union was recently taken over by Young's, and it's definitely an improvement.

The main room snakes around a central bar — a riot of colours and textures that somehow work together. This doesn't look or feel like your typical self-restrained Young's pub. The beer choice is also a little different: a dearth of Young's-own beers in favour of smaller local breweries (although not very many, it has to be said). More variety can be found on both the wine list and cocktail menu, which are both excellent.

Where this place really comes into its own is the beer garden. If the interior was like finding oneself inside a bag of pick-n-mix, then the outside takes it to another level. A rag-tag collection of tiki huts, garden furniture and random 'stuff' makes this place unique. We bagged one of the shelters, with in-hut stereo system, and whiled away a happy afternoon. There's even a giant screen out here.

Almost uniquely for a pub, the Hope & Anchor has a space-for-hire that can accommodate 150 people. Massive.

Back to all Pubs Back to Brixton Back to Clapham