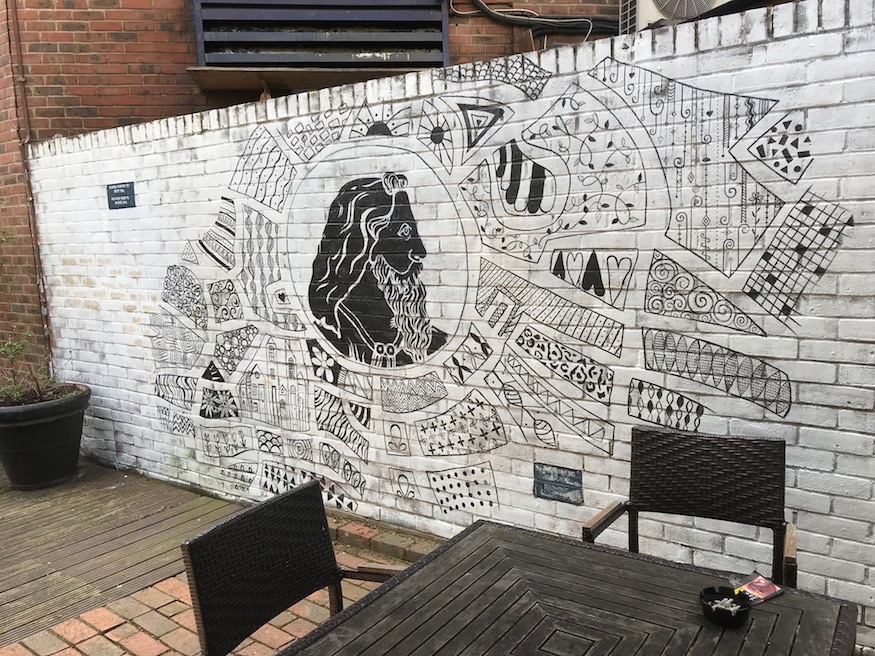 Catch it on a sunny day and Kingston's Market Square is almost a fairytale depiction of ye olde Englande. Timbered buildings and traditional market stalls nestle beside one of the capital's most historic churches (at least five Anglo-Saxon kings were crowned hereabouts).

The Druid's Head fits in splendidly. The grade-II-listed building reckons to date back to the early 16th century, making it a candidate for London's oldest pub. If, that is, you can get the locals to acknowledge that they are part of London. Kingston remains distinctly Surreysome, and may even be considered the county town. The main building, though, is of later vintage.

Inside, the Druid looks surprisingly modern, more's the pity. Still, it's a comfortable, cosy place to drink, with several small adjoining rooms that retain period detail.

A hidden beer garden out the back offers plenty of space on sunny days — especially as most drinkers are down by the riverside.

It's a Greene King pub, so don't expect anything revolutionary in the drinking options — just enjoy the history.

Back to all Pubs Back to Kingston