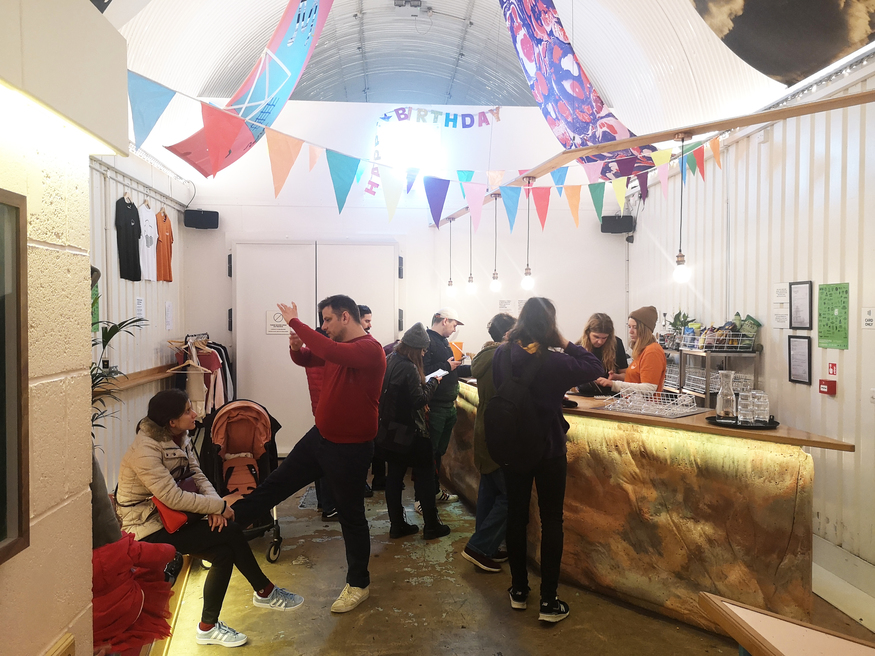 The ranks of the Bermondsey Beer Mile have swollen plenty enough to incorporate breweries from outside the capital — Manchester's hop-ilicious Cloudwater among them.

There's a stark — or should that be vibrant — difference between Cloudwater's bar, and many of the others taking up residence beneath the railway arches here. It's clean, whitewashed and accentuated with palms and billowing sails bearing pretty Cloudwater designs. It almost feels like a bougie creche — somewhere you could drop off the kids here for an hour or two... come to think of it, we did see a pram.

The menu is a kaleidoscope ranging from dank IPA the colour of ditchwater (but infinitely tastier, we might add) to a blood orange and passionfruit sour with vanilla. One way or other, your bouche will be amused.

All serves come as a designated ⅓, ½ or ⅔, depending on the beer, and £4 a whack. Pints appear to be outlawed altogether, although we didn't explicitly ask for one. We've seen Cloudwater staunchly defend their beer prices — and who are we to say what they should be charging — but bear in mind these are pours to savour. Preferably, as the chap opposite us was, with a graphic novel on the history of beer.

Back to all Pubs Back to Bermondsey and Rotherhithe