Dumplings' Legend Is So Much More Than Dumplings

Robert Greene Dumplings' Legend Is So Much More Than Dumplings Dumling's Legend, Chinatown 4 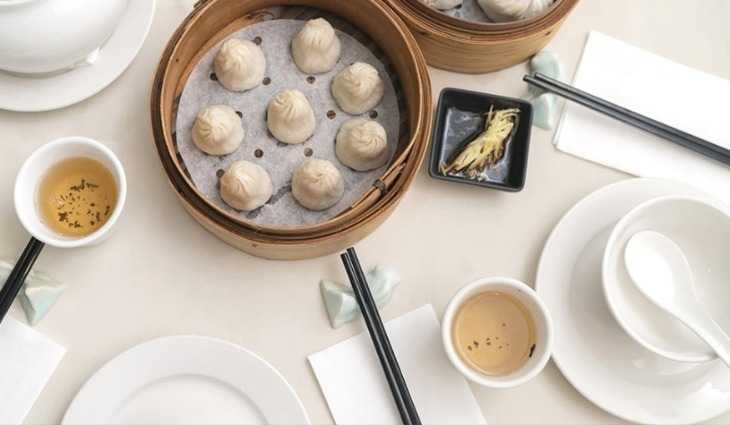 The Chinese are not as sophisticated as the British. Fact. Or at least according to Dumplings' Legend owner, Geoffrey Leong. The Chinese call chicken feet chicken feet; the Brits call pig’s blood black pudding.

But the Chinese eat for love. And at Dumplings' Legend there is a recipe for love: dim sum.

And that romance is bountiful.

Although often mistranslated as a steamed dumpling, dim sum encompasses a far greater variety of dishes.

‘The dim sum menu consists of a selection of small, beautiful delicacies,’ Mr Leong explains. ‘Each of these individual pieces are handmade and they all have different fillings. Some are steamed, some are fried and some are baked.’

And eating dim sum is more than just a gastronomic experience. It is a cultural tradition, similar to afternoon tea.

‘Yum’ means drinking, and ‘cha’ refers to ‘tea. Tea drinking. Perhaps the Chinese aren’t so unsophisticated after all.

The menu at Dumplings' Legend encourages diners to expand beyond their comfort zone. There are far more options than har gau, the steam dumpling we are accustomed to.

The variety of flavours and textures is mesmerising. It is easy to get carried away, which is why Mr Leong offers some sage advice to the diner who wishes to pass as a local.

‘Dim sum is a sharing culture,’ he remarks, ‘so don’t take the entire basket and put it on your plate. Sharing is caring.’

Hence the ‘sharing chopsticks’ in the centre of the table.

‘Some people, like me, turn our chopsticks the other way around so you have one side that you put in your mouth. The other side you give to other people to eat.’

And the number one rule for eating dim sum?

‘Eat the dumpling first. Because once they go cold, they don’t taste as good as they should.’

Washed down with a cup of freshly brewed tea, even the Thai-style deboned chicken feet are growing on us.

And with everything – from the pastry to the fillings – made to order on site, it is impossible to knock the freshness of the food at Dumpings' Legend. Even if you still uphold that steamed chicken feet is unsophisticated.