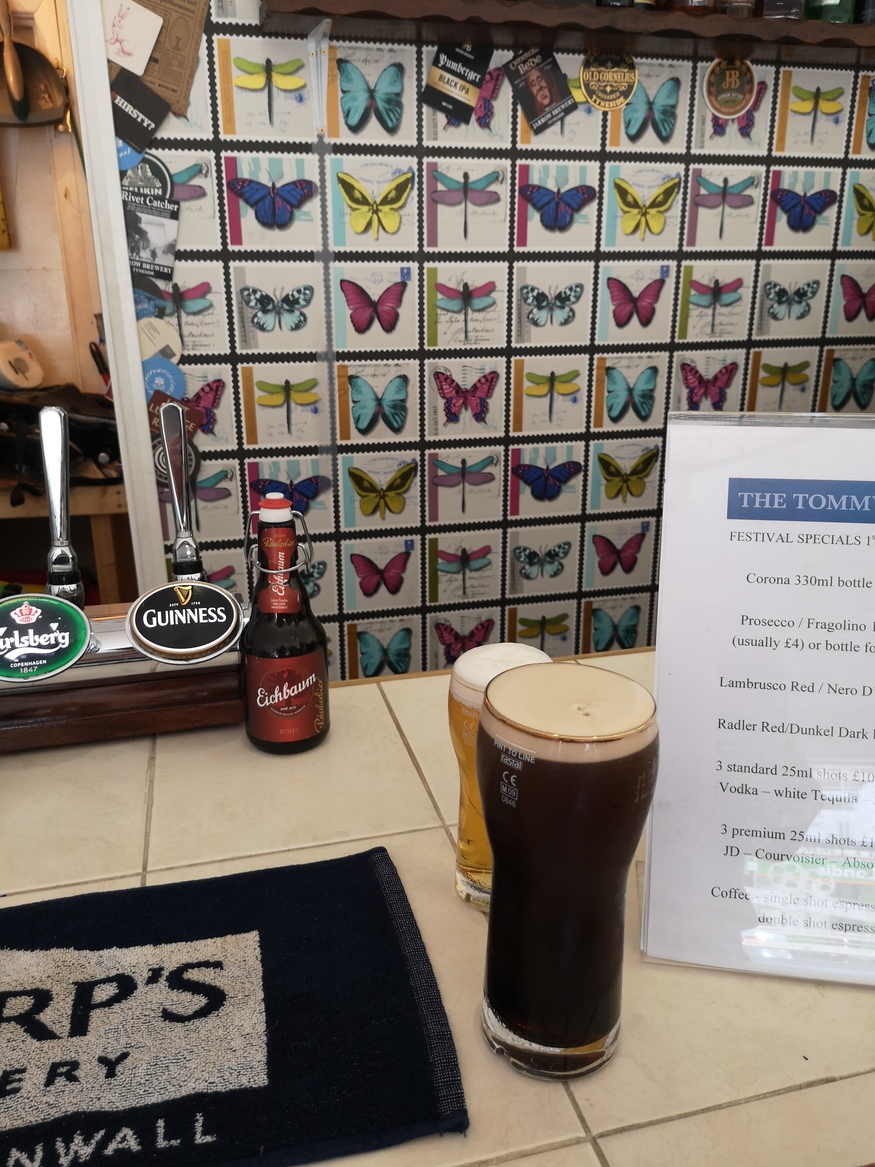 "Would you like to have a go at some glass blowing?" is how we're greeted by the genial landlord behind the bar of The Tommy Flowers. Here's a boozer that's putting the 'community' into community pub.

Inhabiting the somewhat pub-barren area of Aberfeldy Village near Poplar, The Tommy Flowers is a sight for sore eyes (and thirsty mouths) — even if the beer selection doesn't stretch much beyond Guinness and Carlsberg.

The micropub only opened in summer 2018, and has been given a couple of years before the developers move in. Still, the landlord seems to think that — given the snail's pace of development in these parts — the pub could survive to see 2022.

We hope so. Because what The Tommy Flowers lacks in offering another hoppy notch on your Untappd beer app, it makes up for with glass blowing and knitting classes, 'Talkaoke' nights, and a general sense of multicultural East End bonhomie. Throw in the house plants, framed photos and an upright piano, and it's pretty much like having a pint in someone's living room.

The pub, by the way, is named after the computer engineer from Poplar, who created the world's first programmable electronic computer. (So nope, that isn't an Ade Edmonson mural on the side of the building.) Ironically, The Tommy Flowers was without internet on our visit, although the router did arrive while we were on our second Guinness, so fingers crossed it's up and running by now.

Back to all Pubs Back to Isle of Dogs