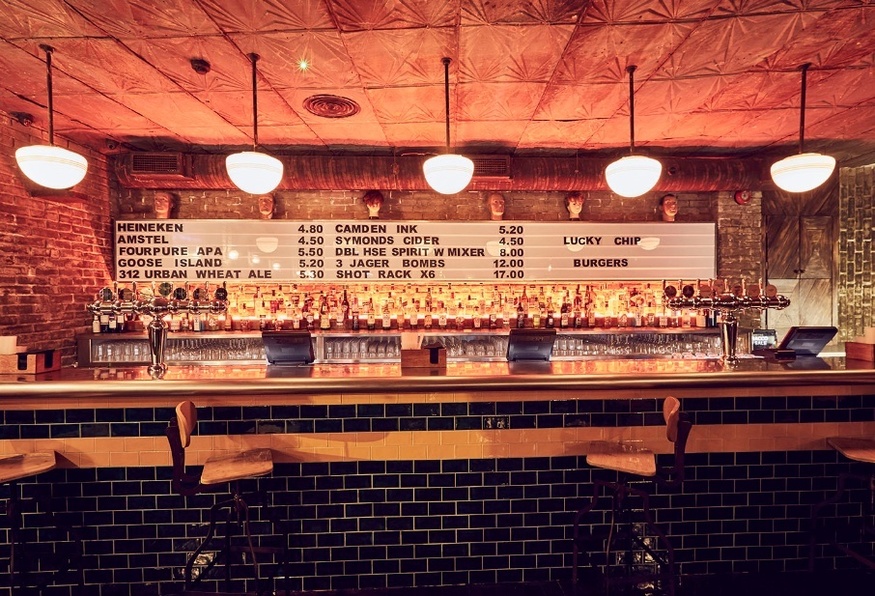 If you were (or are) a greasy indie type, chances are you've already been to The Camden Assembly. You see, it used to be The Barfly — that notorious den of vice where it wouldn't be unthinkable to run into Pete Doherty gurgling out an impromptu duet with Amy Winehouse over a pint of Stella.

In its new incarnation, the boozer has cleaned up its act; exposed brickwork, glazed tiles and low lighting add Shoreditchy chic, while anatomical diagrams and dismembered dummy heads make for, er, esoteric decorations. Steady yourself with a pint of Fourpure or Goose Island (the beers have improved too).

Hungry? Lucky Chip are in the kitchen, offering some of the best burgers in Camden Town; we happily scoffed the cheeseburger with spicy mayo cheese fries — there's a burger of the week too (named after various movie stars). The buffalo wings slathered in blue cheese dip, meanwhile, have the kind of wonderful umami tang that gets you sucking the bones. Tip: order food well before the start of a gig — the place can suddenly flood with musos.

Speaking of which... the joint is regularly rocking upstairs; we didn't get round to checking it out when we were there, but if it's a fix of tinnitus-inducing guitar rock you're after, your ear drums will not be disappointed. The Barfly is dead, long live The Camden Assembly.