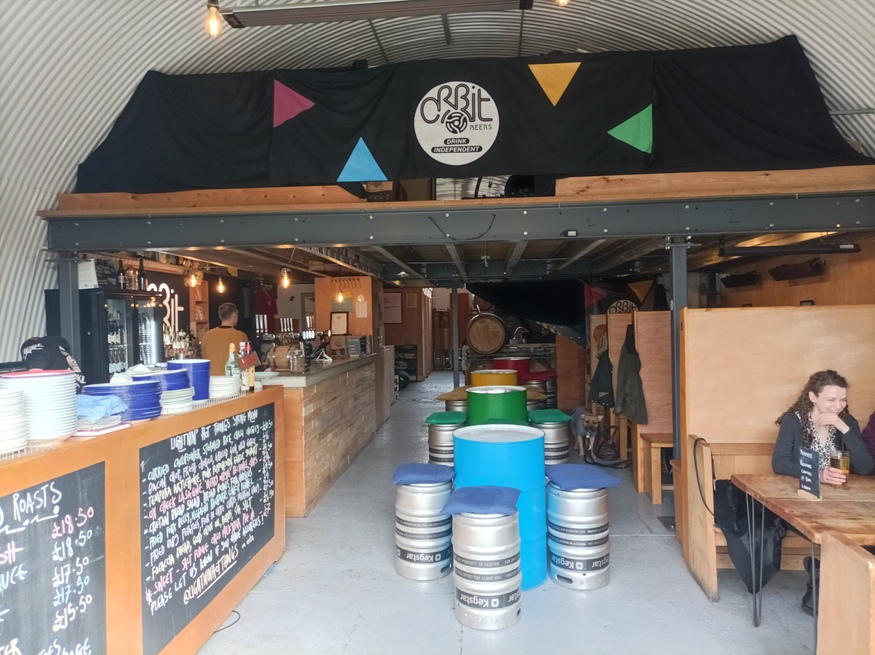 Once upon a time there was a Liverpool brewery called Mad Hatter. It made the most ridiculously good tsatsiki sour beer. Then it closed down and the beer disappeared.

Fortunately, there's a happy ending. The brewer, Paul, moved to Orbit Beers in south London, and recreated the recipe ingredient for ingredient — meaning that that finest ever sour brew to pass our lips is now flowing from the tap, just off the Walworth Road.

That isn't the only reason for visiting this under-the-arches brewery. Orbit goes above and beyond its duties as a taproom. There are board games, a cosy corner with an N64 and beanbags, they screen sport — plus there are some stonking-looking Sunday roasts to boot (we'll return to try one soon).

Naturally, the beers alone make this joint worth a visit: esoteric sours aside, the core range features a lager, pale ale, Belgian pale and a porter — which should sate most beer fans. And there's plenty more on tap/in the fridge besides.

Anyway, you'll find us playing Goldeneye while drinking the bar dry of its cucumber/basil/yoghurt-flavoured goodness.

Back to all Pubs Back to Camberwell