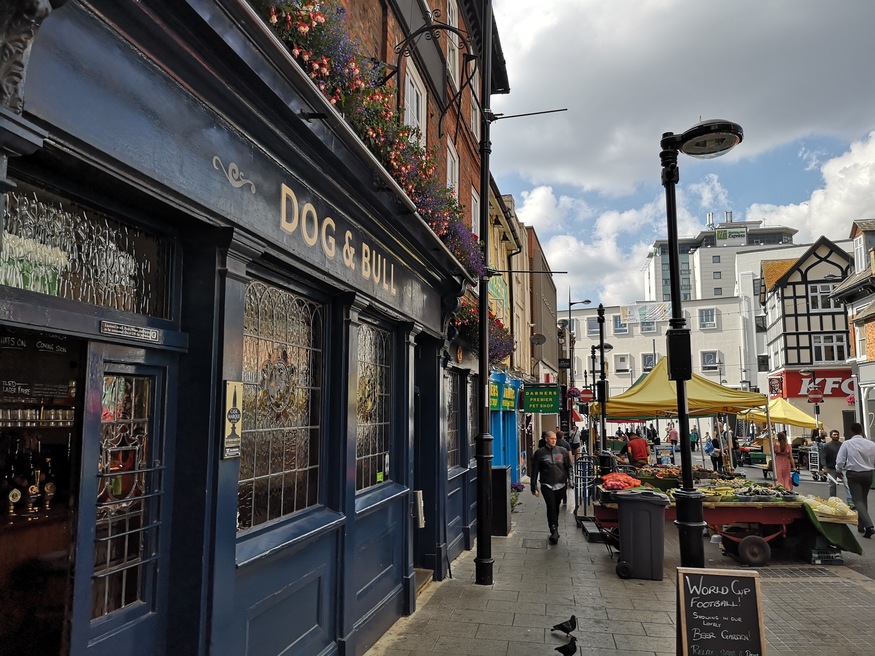 Like it's part of of a BBC soap opera set, the Dog & Bull is found nestled behind the spud and okra-laden barrows of Surrey Street Market.

In the colourful glimmer of canine/bovine stained glass, locals suck their glasses of Young's bitter, poring over the Croydon Advertiser and ignoring the craft beer joints which are encroaching ever-further into the Dog's territory. It's all tiled fireplaces and pictures of the Queen Mum pulling pints here. All rather homey and nice.

Out back, however, feels like an entirely different pub altogether, what with its luridly painted seaside theme and 'Grub Shack', flogging stone baked pizza. (We're also surprised to learn this boozer does espresso martinis and bright blue Del Boyesque potions.) The individual booths are good for taking cover from the torrid London summers (or driving winter rain) and are fitted with their own TVs. You could get comfy of an afternoon out here.

The Dog & Bull isn't the kind of establishment where you hover at the bar while sampling your way through thimblefuls of sour beer (and anyway, you can do that elsewhere in Croydon these days). But it is the successful comingling of a 'proper pub' and 'trendy bar'. Plus it's got a real local vibe. Come for the ocrhre

Back to all Pubs Back to Croydon