One Man's Obsession With The Golden Age Of British Wrestling

British wrestling: that brutish cartoon of a sport, jeered on by the London masses — from Fairfield Halls in Croydon, to the Albert Hall. But what was it all about? Did people realise it was 'fake'? And did our obsession with it actually ever go away? We talk to wrestling dote Kerry William Purcell, interspersed with stills from his planned book, Grunts and Grapples: The Golden Age of British Wrestling.

What's your obsession with wrestling?

My real obsession is with the culture of wrestling rather than wrestling per se (although I am clearly drawn to the sport). I see real artistry in the everyday objects produced by the sport. My first interest was the old bill posters. Amongst other things, I teach and write about design, and I saw real beauty in these ephemeral throwaway objects. I started to collect them about 10 years ago.

As I also write about photography, it was not long until I started collecting photographs as well. The portraits are my favourite. Some of them have the quality of the typologies of August Sander, shot against a white background they foreground the individual characters of the wrestlers. From photographs it was then costumes, magazines, handbills, fan merchandise — you name it, I collected it!

What was the best match you ever saw?

I don't think I have a single match, more single wrestlers I'd always be excited to see. Les Kellet was amazing to watch. He could be really tough, but there was real stage craft to his performance. People should check out some of his matches on YouTube, and they'll see there was an almost balletic feel to his bouts.

Also, as a young lad, just being close to Big Daddy (although I think many purists in the wrestling community didn't like him) was very exciting.

How long did it take you to realise wrestling was 'fake'?

Clearly, the whole issue of it being fake was hidden in plain sight! As noted, some performances were more choreographed than others, it all depended on the agility and craft of the individual wrestlers (and the direction given by Joint Promotions). But we should not underestimate how hard it was. It would be like someone saying to me: "You have to go eight rounds with Anthony Joshua. But don't worry, he will fall down in the ninth round". You would still have to go eight rounds with him...

Did most punters find it as funny as they did thrilling?

Yes, of course. It was like a soap opera. As a form of public entertainment, wrestling emerged from the earlier traditions of the music hall and circus ring. This heritage played a key role in the development of the characters, storylines, and audience participation, which were all unique to the sport. However, towards the end, the manufactured bouts — the entertainment side of wrestling's heritage — began to overshadow the sporting aspect.

For many, the protracted battle between Big Daddy and Giant Haystacks throughout the 1980s served as prima facie evidence in the case for the prosecution. Judged as a mockery of 'real' wrestling, many fans and wrestlers alike considered the absence of skill and technique a step too far.

What was the quintessential London wrestling venue and why?

Just for the spectacle of the occasion, it has to be the Royal Albert Hall. The contrast of the supposed 'high' cultural venue and 'low' cultural tradition (although this is a distinction I fully refute) was quite marked. HRH Prince Phillip, The Duke of Edinburgh, would often attend the matches there.

Why are people getting into wrestling again?

I don’t think the desire for the type of shared experience wrestling offers ever really went away. As I said, wrestling comes from a long heritage going back hundreds of years. Unlike football, rugby or other sports, where the media often build narratives around the teams and players, wrestling produces its own stories. It manufactures the grudges, feuds, and partnerships; but it's a form of theatre in which the audience can participate, and in that sense it feels very democratic. There are some great small companies around the UK who have totally got this unique element of the sport and are promoting it in the right way.

Who's your all-time favourite wrestler?

This is an easy one: Adrian Street. In the UK and US, he wrestled until he was 70!

There are ads for women wrestling too — was this empowering for women at the time?

I'm not sure what is meant by 'empowering' (there's probably a PhD thesis in that)? However, while one could argue that many of the iconic figures from the golden age of wrestling were men, to ignore the significant presence of women in the sport would be a mistake. Just as certain stereotypical characteristics of men were foregrounded in their ring persona, so it was with female wrestlers. To the contemporary eye, many of their nom de plumes are clearly sexist.

However, while not condoning such nicknames as 'Lady 'Miss Boobs' Emma' or 'Sizzling Suzy Keegan', it is important to understand that they descend from the tradition of suggestive and sensational titles adopted (often at the encouragement of male managers) by female music hall acts. However, the ability of such wrestlers as Klondyke Kate or Miss Busty Keegan (clearly no longer 'Sizzling') to put on a performance and work the crowd was no less practiced and perfected than their male counterparts. 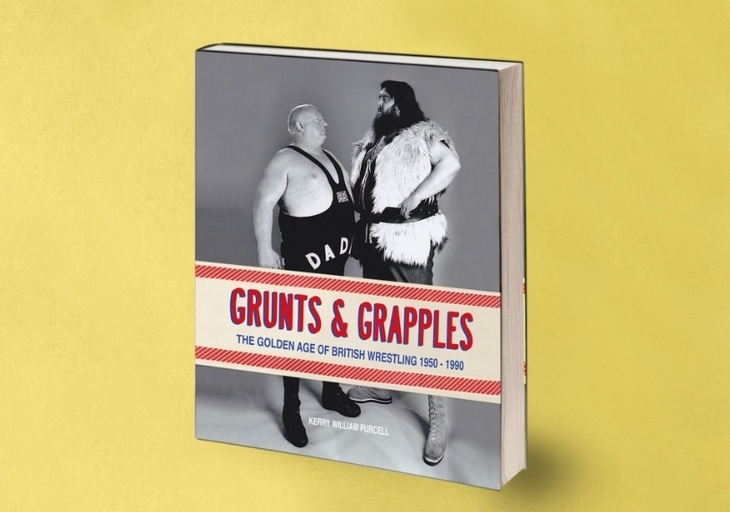 Help fund the publishing of Grunts and Grapples: The Golden Age of British Wrestling, here