Nocturne: Fun Acrobatics, But The Theatre Doesn't Quite Come Off

By Franco Milazzo Last edited 82 months ago
Franco Milazzo Nocturne: Fun Acrobatics, But The Theatre Doesn't Quite Come Off ★★★☆☆ 3 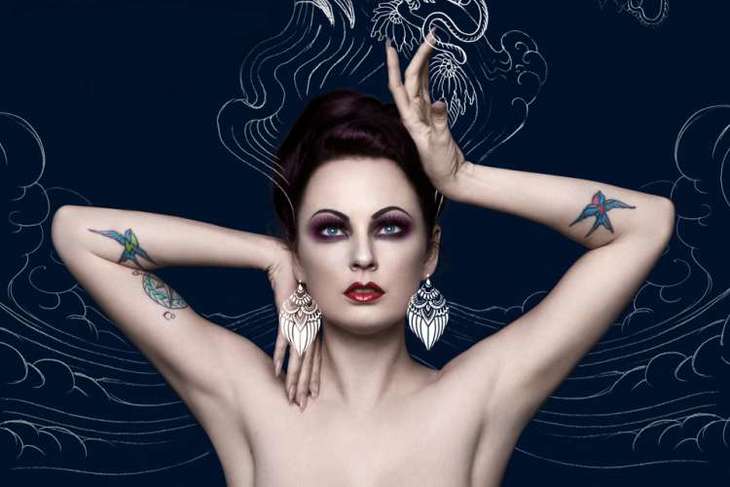 When a black cat crosses your path, it’s usually a sign of good luck, bad luck or that it was just on its way somewhere. For Nocturne, the Black Cat Cabaret’s latest production at the London Wonderground's Spiegeltent, all three could apply.

Heading south on the Northern Line, an office worker (Ben Cutler) falls asleep and enters a realm of fantasy. We’ve all been there except that, while some of us may dream of that hottie in Finance, this salaryman instead stumbles into a shadowy world populated with circus performers, vaudevillians, musicians and dancers.

The Cat’s good luck comes in the form of über-talented acrobats and rollerskating star turn Amy G (appearing next month in her own show) who steals several scenes as the protagonist’s mother. Lithe redhead Katrina Lilwall is the queen of the swingers, gliding above the audience from steel chains before lighting up the big top tent with some fluent fire breathing and eating. Bret Pfister is the show’s other aerialist and, aboard an aerial hoop, he dextrously switches between cavorting like a man possessed and holding a series of jaw-dropping poses.

The David and Goliath ground-based pairing of tumbler Isis Clegg-Vinell and strongman Nathan Price — who can both be currently seen in emerging troupe Silver Lining’s show Throwback at Jacksons Lane — are spectacular to watch. Unfortunately, towards the end of one routine, Clegg-Vinell dives towards the ground and audibly hits the deck head first. That horrifying split instant brings home the tremendous amounts of skill and danger involved in modern circus. Clegg-Vinell walked away apparently unscathed but this was a dose of bad luck that the Black Cat could have done without on press night.

Acting as the show’s host and our unnamed protoganist’s guide, Lili La Scala fails to sell Nocturne’s otherworldly pretensions. When she could be providing information, context or depth, she is asked to act as the classic cabaret compere with varied success. Although generally witty with a cut-glass accent making her filthiest lines just that bit filthier, some gags fall flatter than roadkill. Even when on her home territory of operatic singing, La Scala’s selection of cover numbers are ill-suited to her undoubted talents.

The theatrical element which promises to raise this show above the common-or-garden cabaret does quite the opposite. At one extreme, global successes like La Soirée have shown that they have no need of a theme, never mind comperes. At the other, Café de Paris’s current Friday night show Cabaret des Distractions has shown how using a story as a constant thread can transform a variety night into something quite special.

Both in minor and major ways, Nocturne never feels especially committed to its own preternatural premise. The sensual overtones established in the acrobatics are dashed by painfully awkward displays of faux-Sapphism and a femdom scenario has the dancers displaying all the gauche eroticism of an EL James sex scene. Crucially, the writing leaves much to be desired: even with the front-loaded exposition, the narrative is sketchy at best and is never clear whether Nocturne is in the psychopomp’s own realm or the commuter’s subconscious. In this regard, the audience is as lost as our poor office worker. Ultimately, this production feels like a work in progress but possibly something on its way to being a compelling and dark variety show.