Eat Cheese In A Treehouse And Wear A Virtual Reality Headset, In A Cemetery

By Will Noble Last edited 83 months ago
Will Noble Eat Cheese In A Treehouse And Wear A Virtual Reality Headset, In A Cemetery

Update, 24 July: Clio Barnard and Riz Ahmed will not be able to make their respective Q&As tonight. Both screenings are cancelled; ticket holders can have free tickets to any other event or screening at the festival for the next eight days.

Free Village Feast cancelled tonight due to rain. It will be rescheduled for tomorrow, 25 July at 1pm.

Shuffle is an apt name for a festival with events skipping from film screenings, to discussions on migration, to an exploration of the symbiotic relationship between humans, animals and cheese. That it's taking place among the trees and gravestones of an east London Victorian cemetery, is the icing on the multi-layered cake. Shuffle starts next weekend, and ahead of it, we've selected our picks. 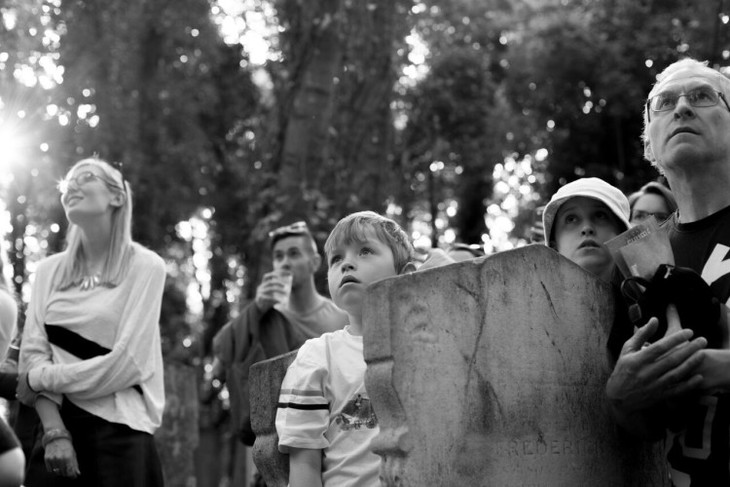 Scoff cheese while learning how it's related to you

Cuisine is literally taken to another level courtesy of the festival's Symbiosis Treehouse Restaurant; shun up the branches to enjoy a three-course meal by Le Cordon Bleu-trained India Hamilton. Dishes combine locally sourced products and specialist ingredients from thousands of miles away. Soda company Square Root London will forage the woods for ingredients to create a special drink, while innovative chewing gum recyclers Gumtech will provide beakers to drink from (yes, really). Book ahead for lunch or dinner. Something else happening in the Treehouse that's caught our eye is Cows, Their Cheese, and Our Addiction (25 July), 'an exploration of the symbiotic relationship between humans, animals and cheese', with one of Britain’s foremost fromage specialists, Tom Badcock, plus a tasting menu of over 20 cheeses. Try getting a good night's sleep after that one. Look out also for special food and drink talks, like How Coffee Made The Modern World (28 July).

We're big fans of al fresco films, and Shuffle has them in abundance. Screening highlights include Chris Morris's jihadi japery Four Lions, followed by a Q&A with star Riz Ahmed (24 July); claustrophobic thriller 127 Hours, with a Q&A with director Danny Boyle (25 July); and British sci-fi sensation Monsters, accompanied by a talk with director Gareth Edwards (1 August). Most tantalising though is The Feelies — an immersive cinematic experience in which you don a virtual reality headset, and experience either Clouds Over Sidra or Walking New York, with the additional senses of smell, taste and touch. Should give the IMAX a run for its money. 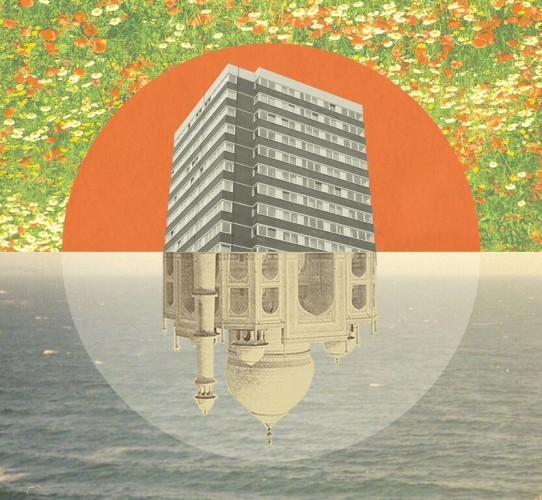 Find out if we'll ever live on Mars

Movement, Migration and Place is the overarching theme of this year's Shuffle — with free workshops and talks on these scattered throughout the festival. The definition is broad — everything from a discussion between professor of evolutionary genetics, Professor Mark Thomas and science writer and broadcaster Dr Adam Rutherford on the controversies of the field of human genetics (1 Aug), to Dr Louisa Preston's musings on the possibilities of setting up human outposts beyond Earth Could and would we ever live on Mars or the Moon? she asks (1 Aug). The theme is brought closer to home, with the giant Shuffle Migration Map, illustrating the migratory patterns of four generations of 50 present-day Tower Hamlets residents (there's a special drop-in discussion and Ethiopian coffee ceremony on 26 July).

Do a ridiculous amount of other stuff

Eclectic hardly covers Shuffle, which really does seem to offer a bit of everything. Among other happenings you might want to dip into are daily walks and tours of the cemetery, a field trip into the 'financial badlands' with Occupy London (29 July), life drawing with Art Macabre (26 July), a pottery workshop (1 August), fishermen's tales with accordion accompaniment (26 July), and a comedy night starring Londonist favourite Jay Foreman (27 July). After doing this lot you'll need a year to recover.

Shuffle takes place in Tower Hamlets Cemetery between 24 July-1 August. Some events are free, but many need to be prebooked. Visit the website for details.

See our article on more things to do in London's cemeteries this summer.