12 Labours Of Hercules To Be Performed In Central London 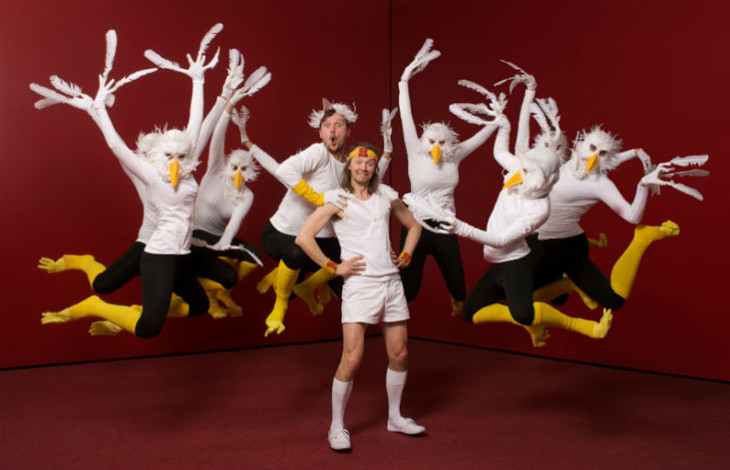 One man faced with 12 impossible tasks; it could only be the timeless Greek myth of Hercules. Already immortalised in various books and films — and even given a Disney makeover — the latest incarnation of Hercules's struggles is at the Peacock Theatre, central London, courtesy of a new comedy-cabaret version by ‘Morecambe and Wise’ of the dance world, Pete Shenton and Tom Roden.

Hercules: A Dance Cabaret recreates the story of the Greek myth for a 21st century audience, recounting the tasks in madcap style, with Pete as the unlikely superhero and Tom as the show’s frequently-confused compère.

“My favourite Herculean task is where I get to wrestle Tom,” says Pete. “When I started working with him in the mid-1990s, wrestling used to be part of our warm-up. I always lost so it’s nice to finally win!

“Audiences should come to enjoy themselves in the theatre. Like all our shows, it’s anarchic, artistic, fun and funny. It’s jammed full of great dance and comedy that fall together to tell the story... a story of battles and mythological beasts with occasional bouts of cleaning up poo.”

“Working on the performance has been great fun,” says Lise. “All the members of my group are having an absolute ball and weekly rehearsals have been flying by. I don't want to give too much away about the performance, but we're really looking forward to showing what we've made with Tom, Pete and dance artist Katie Cambridge. If the show is even half as much fun to watch as it is to be in, the audience is going to have a great time!”

Hercules: A Dance Cabaret is at the Peacock Theatre, Portugal Street, WC2A 2HT on 24 and 25 July. Tickets (adults £16/children £8) are available from the Sadler’s Wells website.