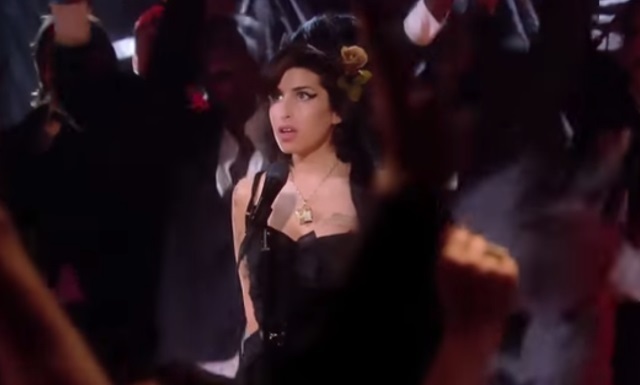 The excellent Everyman cinema chain have a mini-festival coming up, celebrating the place at which movies and music collide. From 24 June to 3 July there are six shows across Everyman's various venues and here's a quick run-down of what you can expect.

Slow West is a western starring Michael Fassbender that received critical acclaim upon its American release last month. John Maclean, the film's director, used to be in the Beta Band so you can expect the soundtrack to have received careful attention. He'll be at the Hampstead Everyman on Wednesday 24 June, for a live Q&A after the screening of the movie.

Here's a trailer for Slow West, in cinemas from 26 June in the UK.

Whiplash was a bit of a slow burner until J.K. Simmons picked up his fully deserved Best Supporting Actor Oscar earlier this year. Even for someone who equates jazz to aural torture it's an excellent film, and a screening of Whiplash will follow a live performance from the 'Josh Arcelo Project', about whom we can find very little, and may actually be Josh Arcoleo but we're not really sure.

The Whiplash event is at the Belsize Park Everyman on Thursday 25 June, and at Canary Wharf on Friday 26 June. Here's a clip from the film, which demonstrates the unremitting tension of the thing pretty well.

Eagles of Death Metal are back, or will be when they hit London during their world tour later in the year (at the Forum, 5 November). There's a new album on the way as well, named Zipper Down no less, but before that Jesse 'The Devil' Hughes unveils his new film, The Redemption of the Devil, about a year in the life of someone proud to be one of the maddest men in rock, with sex, drugs and priests all over the place, often all at once.

The film, and a Hughes Q&A, land at Islington's Screen on the Green on Wednesday 1 July. There's a trailer for the film, and it looks like marvellous fun.

Screen on the Green is also the venue, on Thursday 2 July, for a look at Mike Skinner's hip hop documentary, Hip Hop in the Holy Land. A number of musicians deeply involved in the Israel-Palestine conflict, or whatever we call the mess over there, are interviewed for the film and Skinner will be doing a Q&A to explain his motivations and experiences making it.

Here's the trailer for Hip Hop in the Holy Land.

We'll be honest and say we're not hugely familiar with the work of the Wrecking Crew, a group of session musicians used in a staggering number of chart hits, TV themes and film scores during the 1960s. Tommy Tedesco was a leading member of the group and his son, Denny Tedesco, was behind a film from 2007 exploring the Wrecking Crew's great contribution to the music of their time. The film gets a run-out at the Hampstead Everyman on Thursday 2 July, followed by a Q&A with Denny himself.

This could be the unexpected hit of this mini-festival if you've not caught the documentary before, and here's the trailer for it.

On 3 July, the day of nationwide release of the highly anticipated new Amy Winehouse documentary, simply titled Amy, Everyman will have screenings at Canary Wharf and Screen on the Green. We don't need to explain to you what this film will be about but it's fair to say the early notices for it have been brimming with praise for the work of director Asif Kapadia. And if you're going to watch the film somewhere, it's as well to be at an Everyman.

Here's the trailer for a movie that probably won't have a happy ending.

Everyman's Music-Film Festival takes place across their venues from 24 June to 3 July, and tickets are available from Everyman.