10 Proms Not To Miss This Summer

By Chris Lockie Last edited 75 months ago
Chris Lockie 10 Proms Not To Miss This Summer
PROM
noun
1. a formal dance, especially one held by a high school or college class at the end of an academic year

Well that's clearly cobblers. Never mind your sweaty adolescents in ill-fitting hired suits being slapped by tearful princesses for heartlessly expecting the night to end with a little more than holding hands — London shows the world how to do Proms properly.

And they're back this summer for their 121st outing, which is only true if they've been held every year since they began in 1895 (which they may not have, but we doubt a war or two could stop the Proms). This year the BBC-run festival takes place from 17 July to 12 September and the line-up includes the usual bewildering array of turns, free events and things they let randoms join in with like some posh form of karaoke.

We've not exactly flown out of the blocks with this one and a few events are already booked out, for which you have our unending apologies. There's plenty of top stuff still on sale though, so here's our top 10 list of Proms you'd be a berk to miss. And for a handy guide to what on Earth it's all about take a look at our attempt at unlocking the secrets of the BBC Proms.

Because our selection is going to include a certain number with a more populist bent, we thought we ought to at least attempt to promote the spirit of the Proms as envisaged by founder Robert Newman. And the Proms go all out early on with serious classical — Haydn, Stravinsky and a chap described as a 'Viennese maverick', HK Gruber. The BBC Philharmonic and guest conductor John Storgårds will be your performers for the evening.

If we're honest, if we can criticise the line-up for the Proms it would be for being a little too... Caucasian. Rectifying things a little is the Asian edition of the Late Night With... series, which also includes outings for Radios 1 and 2, and 6 Music. This year is the 50th anniversary of Asian programming on the BBC and Bobby Friction, Benny Dyal, Palak Muchhal and others will present a broad range of Asian music, including the sounds of Bollywood.

Violins: not so nice to hear your neighbour throttling one but quite lovely in a concert hall, particularly when Russian Alina Ibragimova is in charge of it. This is the second part of a split show featuring Bach’s complete Sonatas and Partitas for solo violin, and we've chosen this one because the other one's sold out. But this one will be better anyway.

Young people playing old music, that's what we like. Mozart, Beethoven and others are tackled by the youthful ranks of the Aurora Orchestra, in one of the family-friendly afternoon performances that weave their way through this year's Proms. Australian composer Brett Dean’s work will also be covered, including his homage to nature and birdsong, in defiance of the grim noise our city faces when we cease to embrace our feathered friends. And yes, that includes pigeons.


Considering this small island continues to punch well above its weight in most forms of music, in terms of sales and influence, it's odd that British classical composers aren't often mentioned among the world's finest. This concert aims to put away the idea that we lag behind in classical music, with the BBC National Orchestra of Wales taking on William Walton, Ralph Vaughan Williams, Edward Elgar and Grace Williams, the last of which includes a celebration of the poetry of John Milton.

Right: so strictly speaking this actually has sold out, but it's incumbent on you to beg the venue for any returns that come in because this should be a cracker. Actor Mark Gatiss and presenter Matthew Sweet will be exploring the famous detective’s musical passions and inspirations, and there'll be plenty of music from the various incarnations of Holmes on film and TV over the decades. And if you somehow find a spare for it, give us a shout eh?

There's never enough Finland around here, so let's put that right. Finnish conductor Sakari Oramo takes on two fine pieces by Sibelius. He was Finnish too you know, and would have been 150 this year had he defied the laws of nature. The primary performance will be of the symphonic suite Kullervo, named for a Finnish folk hero with a fairly mad back story. 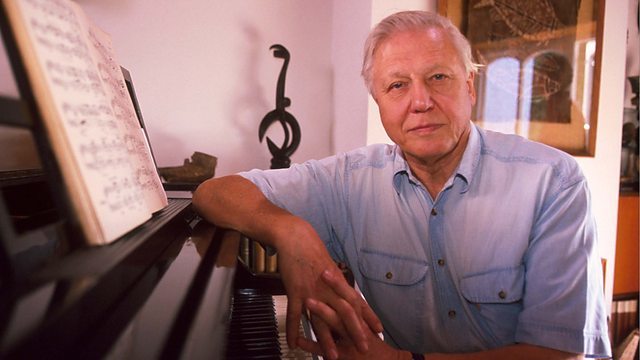 One that you would assume would be sold out but isn't: a concert present by broadcasting legend and national treasure Sir David Attenborough, inspired by his series Life Story. The music for the show has been written by the chap behind the music of Doctor Who for the past few years, Murray Gold, and will be performed by the BBC Concert Orchestra. The show will feature scenes from the series and spoken interludes from members of the production team on how they went about it.

The Proms do a fine job of introducing classical music to an audience often unfamiliar with its qualities, and this show is part of the 'classical for starters' strand. The San Francisco Symphony under its music director Michael Tilson Thomas will concentrate on Beethoven's Symphony No. 3, Eroica, and they will be joined by Chinese piano maestro Yuja Wang for a spot of Bartok.

A late start for what's described as 'a nocturnal investigation of the human condition'. What it amounts to is a combination of music and spoken word from the feverishly creative mind of the former singer of the only Britpop band remaining with the class not to have reformed, discounting the oafish Oasis. Rest assured Jarvis will make this as unsettling a night as he possibly can.

Tickets for all Proms start from £5 for standing tickets and can go up to £95 if you want to be fancy and sit in a box.