Where To Eat Wild Garlic In London

Springtime means the lushest and greenest leaves of wild garlic are finally out in force, blanketing the British countryside with their distinctive allium scent and sending foodie circles into a foraging frenzy. For Londoners, unsurprisingly, the stuff is more elusive and those happening upon a precious crop guard its location jealously, forcing those of us not living next to Hampstead Heath or Walthamstow Marshes to hand over £5 at Borough Market for a teeny weeny piece of the action.

The gentle green flavour of wild garlic (sometimes known as ramsons) is more grassy and mellow than its bulbous cousin, but still unmistakably garlicky. It lends itself well to a pounding in the pestle and mortar to become a zingy springy pesto; or blended up into a bright green olive oil for year-round wild garlic supplies; or even simply treated as a vegetable like spinach. If you’re keen to try this season’s most-wanted ingredient but would rather leave the kitchen creations to somebody else, we’ve rounded up the best London restaurant dishes going wild for your gastronomic pleasure. 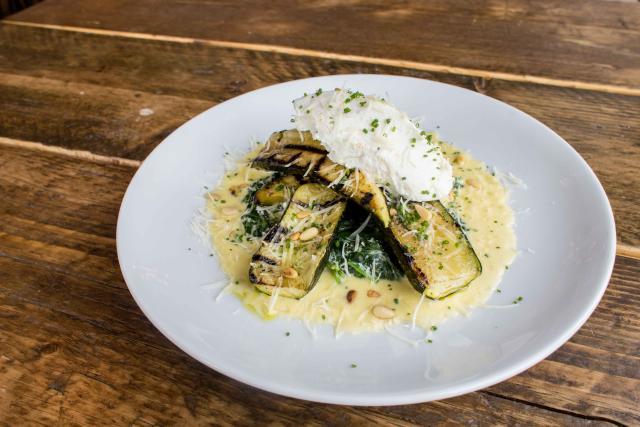 Vinoteca prides itself on being a seasonally focussed operation and this is clearly evident with a current menu overflowing with the fruits of May: Jerusalem artichoke, monk's beard, watercress and of course, wild garlic to name but a few. Their veggie friendly dish of simply grilled courgette with an extravagant helping of lemon infused ricotta balanced with the wild pungency of young garlic is a sheer delight and they helpfully recommend a wine pairing of 2014 Santorini. It would be rude not to. 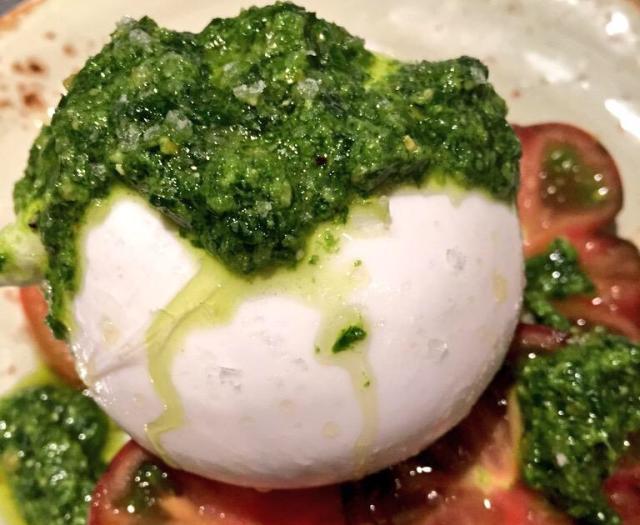 The fourth and most recent opening from the ever-successful Salt Yard Group, Ember Yard continues to take inspiration from both Italian and Spanish cooking and delivers small platefuls of Basque-like tapas with an emphasis on the wood fired grill. This on-trend burrata dish marries Italian Camone tomatoes and Black Iberico tomatoes from Spain along with a verdant green slathering of wild garlic pesto to bring the luxurious creamy cheese to life. Shovel it all in using the woodsmoked ciabatta. 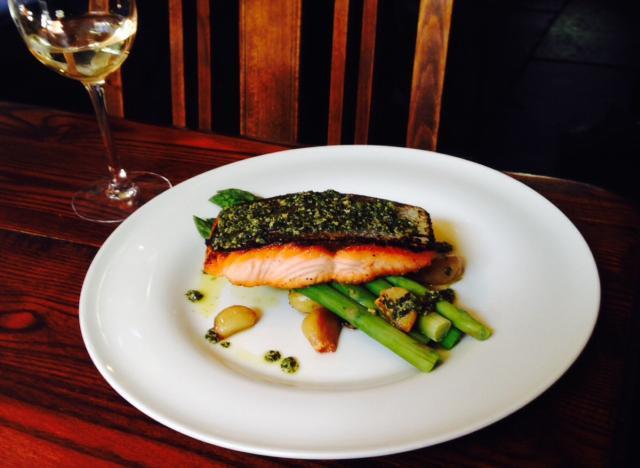 Keen foragers may well stumble across The Spaniard’s Inn — one of London’s oldest pubs — looking for a restorative pint after a walk on the Heath. The Spaniard’s Inn truly is a country pub, complete with dogs and an impressive beer garden (where Keats wrote many a poem), but the food easily competes with the city’s finest gastro hotspots. Pan fried salmon with asparagus, heritage potatoes and finished with a punchy wild garlic sauce is their latest light yet satisfying ode to the British countryside and classic flavours like this never get old. PS: if you can resist their Scotch egg bar snack you’re better than us. 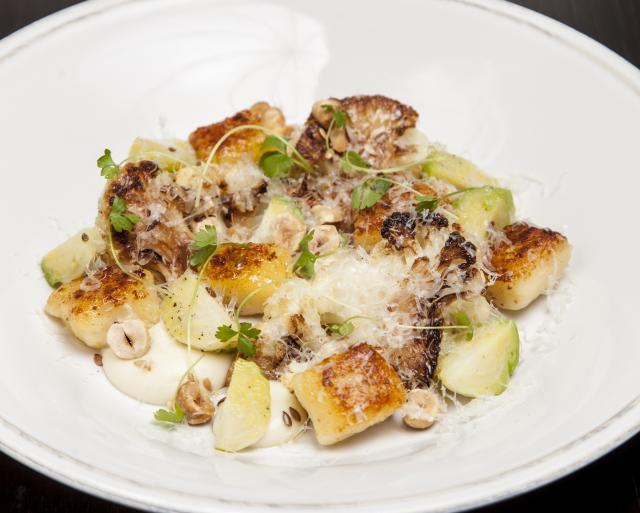 Marcus Wareing’s affordable West End dining destination boasts modern London cooking with a focus on British produce and they have got it bang on with this lovely gnocchi dish. Wild garlic pesto remains a winner, and when it’s dressing buoyantly springy potato gnocchi it’s easy to see why. Finished with a strong seasonal selection of mushrooms and a sprinkling of toasted pine nuts for extra texture, this is a people-pleasing springtime triumph. 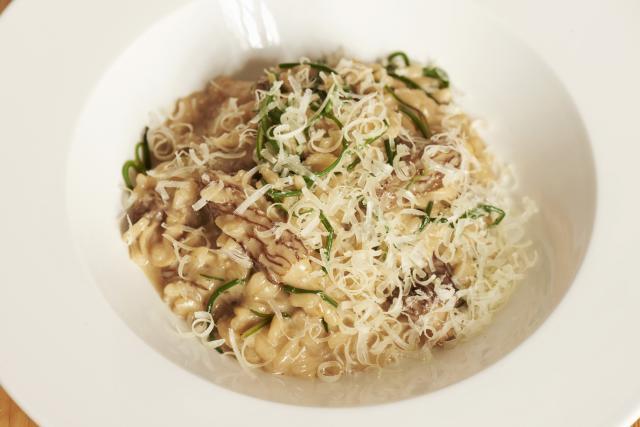 Mark Hix is passionate about British ingredients, so it’s no surprise to see several dishes featuring wild garlic across his London restaurant empire. The chicken Kiev at Hix Soho sounds intriguing, but we’re sold on the risotto at his Devonshire Square outpost which features not one, not two but three incredible seasonal ingredients celebrating the British countryside. The nuttiness of the mushrooms easily stand up to the insistent freshness of monks beard and wild garlic and it comes together in a beautiful bowl of comfort food — fine dining style. For those fearing the end of the season, Hix says we can also look forward to hedgerow garlic, “a skinnier version in season from December”. We can’t wait.