Who says waffles have to be sweet? Forget the whipped cream and syrup, there's a waffle lot of other things you could be eating with them instead. 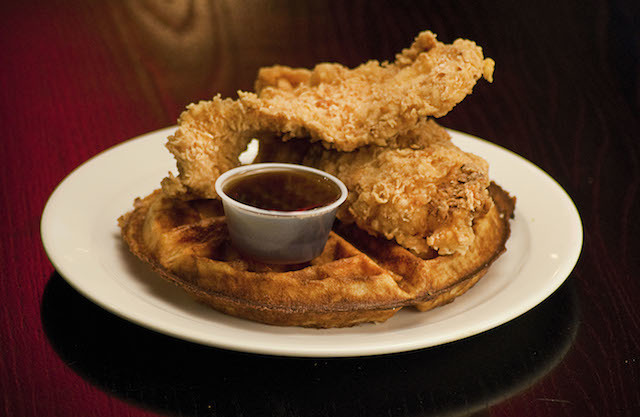 Try it at: Bird, Rita’s, The Diner and Stax Diner

A load of waffle? No, seriously it’s a sausage in a waffle. Too far?

Try it at: Pure Waffle

Choose from ham, bacon or salmon on a waffle with poached eggs and a warm Béarnaise sauce. That’s Sunday brunch sorted.

Try it at: Kula Café

If you can’t decide whether to have waffles, pancakes or French toast, you can have all three in one go with the Lumber Jack Stack at Smiths of Smithfield. That’ll keep you going for a couple of days.

Try it at: Smiths of Smithfield 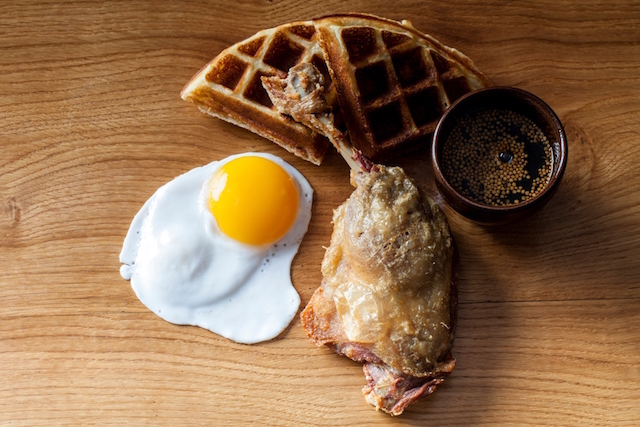 Ride up to the 40th floor of the Heron Tower for this eponymous signature dish, where you’ll be served skinned duck confit and fried duck egg on pillow-soft waffles, with a pitcher of spiced maple syrup on the side. A surprisingly good medley.

Try it at: Duck & Waffle

A non-threatening and delicious alternative to that American favourite, bacon and pancakes. There's also the option of duck, spring onions and plum sauce and waffles; or a veggie choice: goat's cheese, blueberries and honey and waffles. If neither of those take your fancy, you can even get your waffle fix accompanied by salmon with lemon crème fraiche.

Try it at: Waffle On