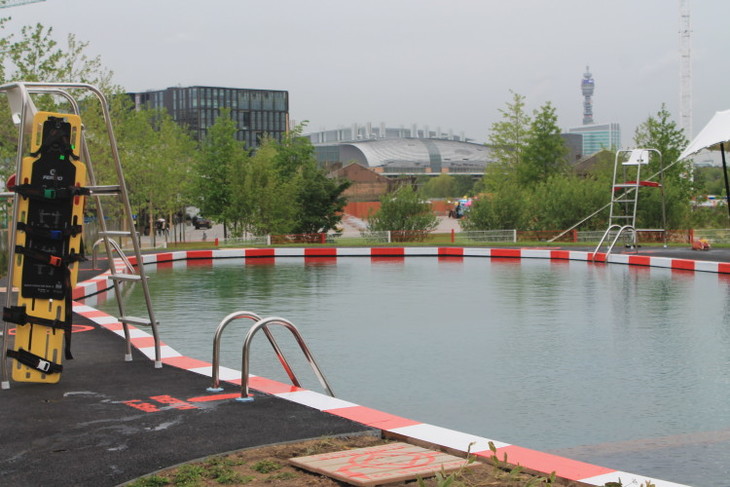 Swimming in London is easily done, but swimming IN London — as in actually feeling the city shift and groan around you — is in short supply. Maybe the closest to that so far is Oasis Sports Centre but even then the lido is shrouded in concrete high-rises, shielding you from the drama of Holborn. Now there's a new pool on the scene, and drama is its middle name.

Everything about King's Cross Pond Club — which doubles up as the art installation Of Soil and Water — is theatre, from its setting in the relentless construction around Granary Square, to its risen elevation which essentially makes it a stage. A raised viewing platform looms over the pool, and there are casual spectators in the overlooking glassy office blocks. Even the BT Tower to the south stands on tiptoes, taking a cheeky peek. 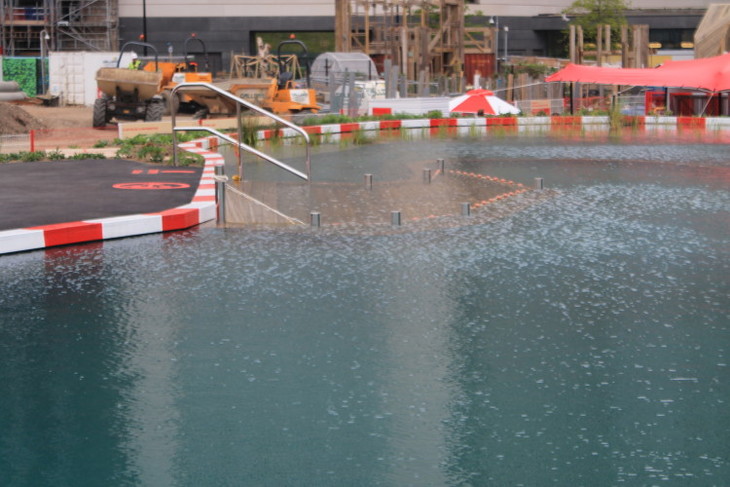 But swimmers aren't just here to be ogled. King's Cross Pond Club is about bathing amidst the urban landscape; around you cranes swing to-and-fro, tipper trucks cart piles of rubble over to bigger piles of rubble, high-rises are conjured up before your eyes and every so often the Eurostar rattles by. Such extreme urban surroundings are offset by the naturalness of the pool, its organic curves and the plants that filter it. Man-made though it is, take away the candy-striped lip, chuck in a handful of newts, and this could almost be God's own handiwork.

Perhaps predictably, on the morning of press preview, winter has briefly returned and we don't stay in the water for more than five minutes. It's not the kind of place you'd bash out 50 lengths anyway. But on a balmy summer's day, this will be a unique place to cool yourself while all around you, the hot-headed city gets on with business.