Son Of Man: It's All Kicking Off In Nazareth

By Londonist Last edited 88 months ago
Londonist Son Of Man: It's All Kicking Off In Nazareth ★★★☆☆ 3 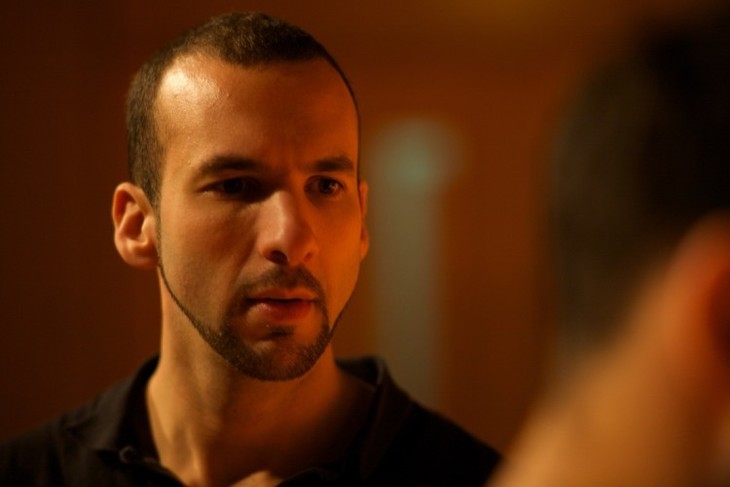 Alexander Nye's Son of Man is an extremely different take on the Jesus we thought we knew. Very much an 'origins' story, the play looks at how Jesus' illegitimate birth may have led him to believe he was the son of a god.

If there wasn't so much obvious thought, research and intelligence applied to the subject matter here, Son of Man could easily be mistaken as overtly blasphemous. Quickly though, audience members find themselves engaged in some very interesting questions about race and social identity.

The play deftly interweaves myriad characters; at its heart is the beautiful relationship of mother and son between Mariam (Claire Monique-Martin) and Yeshua (Calvin Crawley.) This is paralleled with the volatile father and son affair between Benami (Lucas Augustine) and Mykael (Benji Dotan). One character the audience quickly warms to is an outsider — a Greek prostitute, Ishtar (Thalia Rose). And, beginning early and growing throughout the play, is the unexpected friendship between a Jewish Preacher Eli (Michael Idriss) and a Greek God-fearer (Zack Polanski) — a strand that keeps the observer guessing.

Son of Man — played extremely intimately in the round at The Bread & Roses Theatre — is an undeniably cerebal play. But though it does make its audience work hard at following all the nuances of the script, it offers many unique and rewarding moments. To balance philosophy and action like this isn't easy to pull off.

Son of Man runs from now until 13 June at The Bread & Roses Theatre, Clapham. Tickets £10. Londonist saw this play on a complimentary ticket.