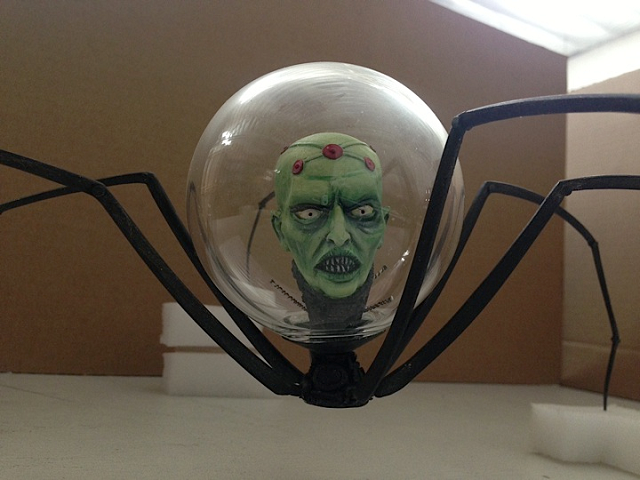 If you’re looking round your office right now and wishing that someone would just beam you the heck up, you probably need to take a look at the programme for this year’s Sci-Fi London Film Festival. Now in its 15th year, the week-long showcase manages to pack in more alternate realities than the average multiverse. There are seventeen premieres, nine programmes of short films, several free workshops and, perhaps most importantly, a dog show in which you can dress your pooch up as your favourite sci-fi character — Luke Skywalkies perhaps, or Mr Spot, or maybe Dogtor Who, or The Fur-minator, yes, sorry we’ll get on with it now.

The festival is bookended by two nice antidotes to the bloated superhero movies that seem to be permanently clogging up the multiplexes these days. The first is a documentary about Tim Burton’s ill-advised attempt to squeeze a lank-haired Nicolas Cage into a glow-in-the-dark suit to play Superman in the awkwardly-titled The Death of ‘Superman Lives’: What Happened? Then on the far side of the festival, there’s the more snappily-named Superbob, a very charming rom-com about a postman from Peckham with superpowers.

Other highlights include veteran director Roland Joffé’s time-tripping drama The Lovers, which zips from colonial India to Boston 2020, ripping up Newton’s laws of physics in the process. Also recommended is the high concept thriller Man Vs. about an internet star known for filming himself in extreme situations who finds himself up against strange new forces. There’s also the 25th anniversary of classic future shocker Hardware with the original composer Simon Boswell on hand to recreate his ominous synth score.

There are several interesting documentaries including Who Are You People? about Steven Spielberg and his Hollywood chums descending on Mobile, Alabama in 1976 to film Close Encounters of the Third Kind. Or maybe try The Visit: An Alien Encounter in which scientists simulate a first contact situation — the film is followed by a discussion with director Michael Madsen, SF author Alastair Reynolds and Prof Chris Welch from the International Space University in Strasbourg.

You can browse the full list of films on the festival website while thinking up more puns for your dog (leave yours in the comments below if you think you can do better than us).

The London International Festival of Science Fiction and Fantastic Film is spread between the BFI Southbank, Stratford Picturehouse and Brixton’s Ritzy Cinema. Ticket prices vary with some free events that must be booked. It runs from 29 May – 7 June.