A Trip To London's Least-Known Castle

Among the hidden gems of south east London is the little-known Severndroog Castle, on Shooter's Hill. Run by councils until funds dried up in 1988, it suffered a period of dilapidation until 2003 when plans to lease the disused building as offices galvanised a group of residents. They didn't want the surrounding ancient woodland chopped down, so formed the Severndroog Castle Building Preservation Trust and restored the building and reopened it to the public. 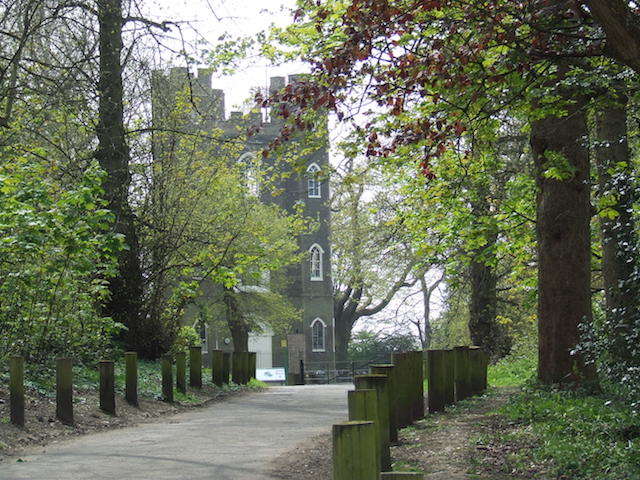 Approaching Severndroog Castle is like approaching a timid animal. Once it's mustered up the courage to reveal itself to you, you don’t want to move too quickly or too suddenly for fear of scaring it back behind its veil of trees.

Having conquered the hill — because really, what self-respecting castle doesn’t sit atop a hill? — and woven your way through the trail of ancient woodland which skirts it, the purpose of the building still isn't immediately obvious to the casual observer.

The Grade II listed brown brick gothic tower was designed by Richard Jupp, who specialised in lighthouses and therefore knew his way around a tower. It doesn’t shout about its heritage as does its contemporary, Twickenham's Strawberry Hill House (which pipped it to the post for funding in 2004 BBC programme Restoration), and yet the similarities are there. The circular windows, the same design as those at Strawberry Hill, are less than half the size. A decorative ceiling panel, discovered during the recent restoration, is similar in design to one on a fireplace at Strawberry Hill.

A gap in the perimeter fence reveals a smattering of tables on the paving, giving a clue as to the tea room on the ground floor. Up the five stone steps, the front door sits below a store inscription, its letters rendered illegible by centuries of weathering. Through the door is the tea room, a light and airy but compact space, with a timeline of the castle proudly painted on the wall, and cakes laid out temptingly on the counter.

On reaching the first floor, you realise that Severndroog Castle is deceiving you as to its real identity. The gold gilded ceilings, elaborately carved lion heads and central chandelier make is easy to see why it's a perfect setting for weddings and concerts (the second floor is more muted by contrast, fitting its own purpose as a venue for children's parties). The décor is more fitting for a regal palace than a castle which was left dilapidated and decaying for 25 years, revealing the biggest secret of all at this place: it’s not really a castle at all.

Built in 1784 by grieving widow Lady James, who wasn’t shy of a penny or two, the so-called castle has never been used as a residential building, nor in battle, so has no right to the moniker. Severndroog’s moat is a forest, and glass intricacies sit where its arrow slit windows should be. No, this is a folly. A jolly good folly, but a folly nonetheless.

Still, anyone worthy of having a castle — real or otherwise — built in their memory is worth a mention. Sir William James was a Commodore who attacked and destroyed the island fortress of Suvarnadurg in India (hence the castle's name). On Sir William's death, Lady James bought the highest land in Eltham, and had the castle built within site of her own house, where it caught the attention of then-local author E. Nesbit, who rebranded it as the "Tower of Mystery", complete with fictional ghost, in 1901 children's novel The Would-Be-Goods. 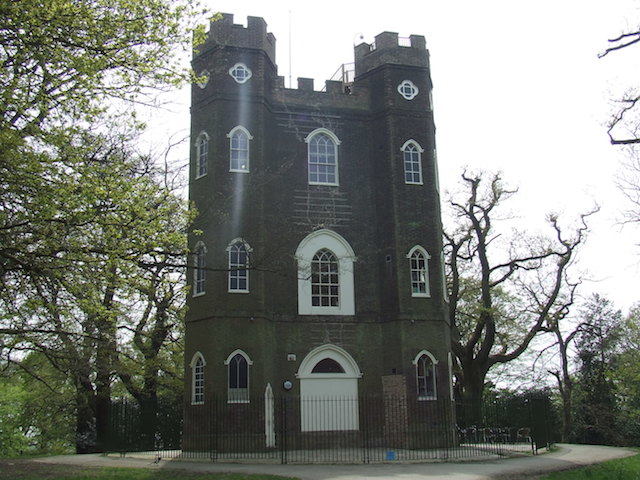 In addition to a marital memorial and literary fodder, the castle has served several purposes, mainly due to its prominent position 132m above sea level. A call in a 1788 issue of Gentleman magazine advised that the Trinity lighthouse company would be testing lights from the castle, and asked all gentlemen within a 30 mile radius to report back on the effectiveness of each light.

A direct phone line to Whitehall was installed during World War Two when its height rendered it the perfect lookout point. Today, despite the ever-shifting skyline of the urban jungle just five miles away, it’s Severndroog that’s used as a navigation point for pilots flying into Biggin Hill. 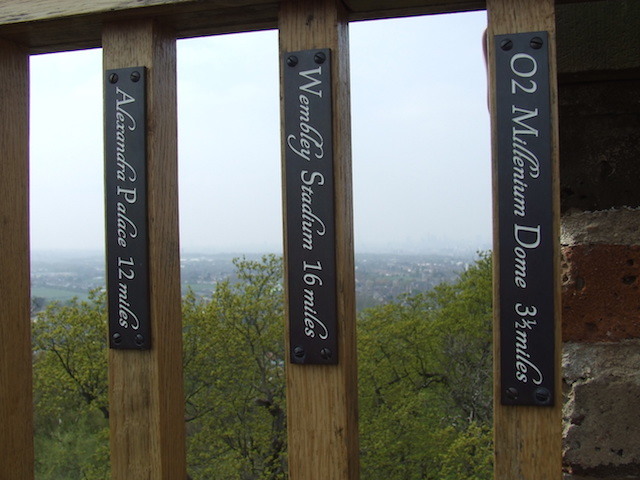 87 well-trodden steps up a spiral staircase from the ground floor tea rooms lies a treat to rival the scones and hot chocolate: a corker of a view. The Thames Barrier can just about be seen, winking in the sun for those who truly seek it. Planes come and go at City Airport, the cable cars volley back and forth across the river. In the distance are the glass skyscrapers of the Square Mile, not intruding on the view, but merely adding a dimension to it. Ancient trees grip the curvature of the hill like stubble on a face, and are responsible for similar levels of irritation; their tops just tickle the eyeline of the view, preventing any more than the briefest gander at the entirety of Woolwich to the north.

The sharp-eyed visitor, aided by a decent pair of binoculars, is rumoured to be able to see as far as Windsor Castle, bringing the visual remit of the castle up to a grand total of seven counties on a clear day (that’s Kent, Surrey, Middlesex, Hertfordshire, Bedfordshire, Essex and Berkshire). Those binoculars may also serve twitchers keen to see the birds of prey ducking and diving in the surrounding woodland. The unique combination of Severndroog's height offers a rare opportunity to look down on birds in trees, rather than up at them.

But beyond the seven counties, the most insightful aspect of the view is much closer to home. Eltham splays out immediately below, the eras of local history displayed within it like the layers of an onion. Here lie houses dating from when Henry VIII romped around these pastures — a slower journey on horseback, but one uninhibited by the South Circular traffic endured by today’s journeymen. Look again, and you’ll see houses built in 1915, to accommodate the ever-increasing staff numbers at Woolwich Arsenal. Intermingled with these lie properties built in the intervening periods. The building looks as fondly on the local history as the local residents look upon it.