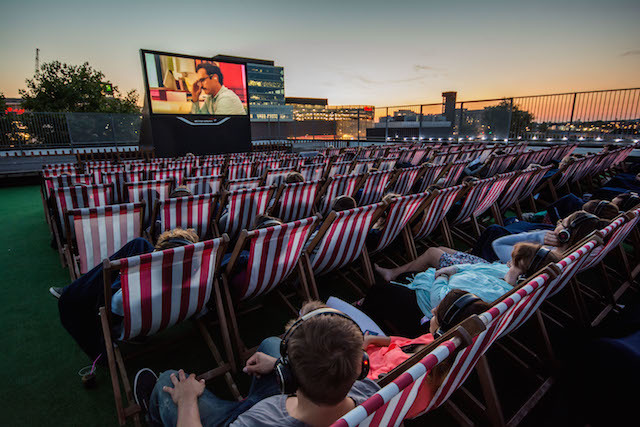 Nothing heralds the coming of summer in London like the opening of open-air cinema venues, so we're rejoicing this morning that Rooftop Film Club tickets are back on sale.

250 screenings sold out last summer, so tickets are likely to go faster than, well, a cat on a hot tin roof. They'll go on sale a month at a time, with tickets for May on sale now. Film choices range from classics such as The Graduate and Casablanca to recent Academy award nominee Selma and big winner The Theory of Everything.

There's something quite special about having the sun set around you and the stars come out, as you kick back with your friends or other half and watch your favourite film on the big screen. And if you can't decide who to take, the Rooftop Film Club is in town for more than four months, so there's plenty of time to try out all the venues.

Seating is first come, first served, so arrive early to bag your choice (although from our experience last year, all seats are pretty comfy). Sound is played through wireless headphones, and food and drink is available at all venues throughout the film.

Tickets are on sale now and cost £14 per person for Stratford, Peckham and Shoreditch screenings. Kensington screenings are £22 (including a snack from the barbecue).

UPDATE: Final tickets for this year are on sale now. Browse the programme and buy tickets.