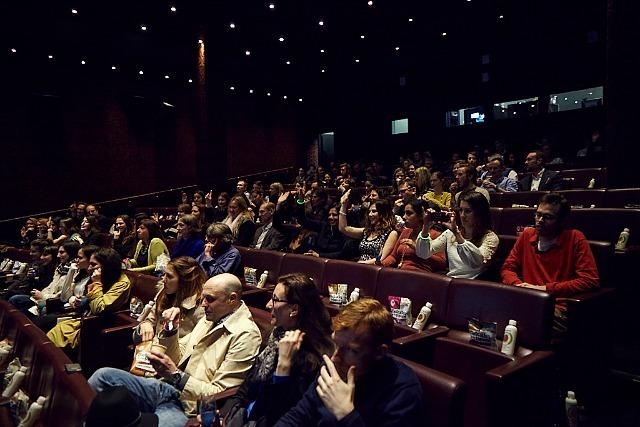 'International cinema' is a phrase that can put many people off their popcorn. Aside from the difficulty of knowing what's out there, and which ones are worth seeing, there's also the problem of avoiding the temptations of the latest blockbuster while you're on your way to see something with subtitles.

Fortunately, however, the Bright Young Things Film Club is here for the cinematically unadventurous. Screening a carefully-selected programme of international films in the rather reassuring environs of the May Fair hotel, the club hopes to gently guide guests towards the best new filmmaking talent from across the globe. Their last film, for example, was the hilarious yet deeply dark Zero Motivation, which depicts the chaotic and entirely unpredictable experiences of female Israeli soldiers. Brilliant, challenging and memorable, it was the rare kind of film that makes you feel both better for having seen it and as if you could watch it again straight away.

The club screens five films per year, and the next event takes place on Thursday 23 April. The film on offer is Maidentrip, which was directed by Jillian Schlesinger and tells the story of 14-year-old Laura Dekker's attempt to be the youngest person to sail around the world alone. Taking us from her year-long battle with the Dutch authorities to the lonely reality of life at sea, the film combines Laura's real footage with staged scenes to create an intimate understanding of her remarkable story.

After watching the film, guests have the chance to quiz the director through a Skype Q&A, then discuss their impressions at the after-party, sponsored by Green & Blacks.

Bright Young Things Film Club, 23 April, May Fair Hotel, Stratton Street W1. Tickets are £17.50, including a CIROC vodka drinks reception, ice cream, abundant snacks and the after-party, and must be booked in advance.