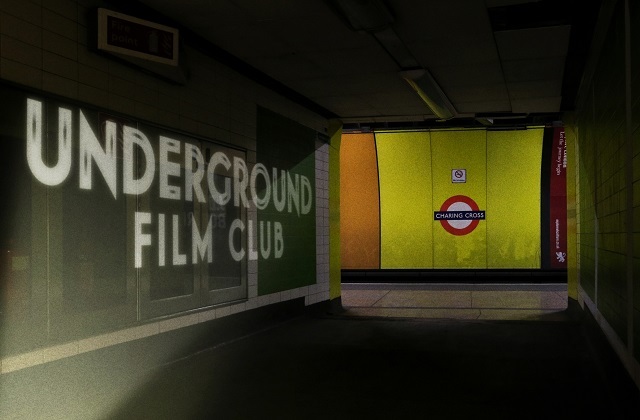 UPDATE: More tickets go on sale at 10am on Saturday 30 May for all four screenings on Monday 1 and Tuesday 2 June.

The echoing passageways of a disused tube station sound like a deliciously atmospheric setting for film-watching, especially if the films in question have a locomotive link. So it makes us happy to report then that Underground Film Club have found both the flicks and the venue to make this work. They've put together a nicely-judged programme of train-themed movies to be screened in the tubular bowels of Charing Cross as part of the launch of London's new Night Tube service.

Over four nights in May the now defunct part of the tube station under Trafalgar Square, which also gets used as a film location, will be kitted out with hot dog stands and director chairs for people to watch classics such as Brief Encounter (featuring misty-eyed meetings at a train station), Some Like It Hot (Marilyn Monroe drunk on a night train), Paddington (he's named after a station, duh), Strangers On A Train (guess where they meet), and An American Werewolf In London (in which a businessman is eaten alive on a tube escalator, see clip below). There are a few other less relevant movies, but these are the ones we'll be watching and eating the appropriately tube-shaped meat snacks to.

Be quick if you want to join us, there are only 100 spaces available for each screening and they'll no doubt go quicker than a runaway freight train. Click here for tickets £14 for adults, £7 for children.