Turns Out Republica Are Somehow Still Ready To Go 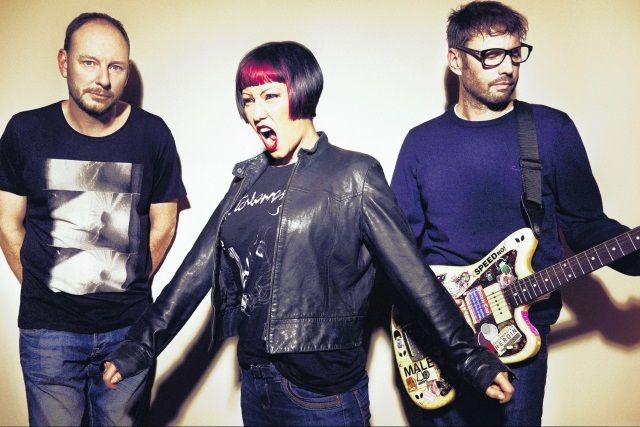 There's nothing intrinsically wrong with Republica. Their spiky pop was entertaining enough during that brief period in the 1990s when literally anyone could become famous with little more than the backing of Chris Evans and the number of a gullible executive at EMI or BMG.

But they have become so reliant on that one song — and you know what song we're referring to — that they are doomed to rehash it over and over in some dreadful indie version of Nietzsche's eternal recurrence. On their return to London with a show at Chelsea's Under The Bridge venue on 29 May they will be confronted by a crowd gamely listening along to their new material, all the while waiting for the chance to jump along to a song that surely by now makes the band's collective stomach turn every time they play it.

Ready To Go has become a song footballers run out to, politicians gurn along to, advertisers get moist to, imagination-free joggers jog along to and the rest of us wish would just leave us the hell alone. It was released in 1996 and didn't do very well, re-released in 1997 and did better, released again in 2007 because why not and yet again in 2010, somehow, surely breaking harassment rules in multiple countries.

Wikipedia's free-hand editing system is open to abuse as we know, but whether the following comment on Ready To Go's page is abuse or valid factual comment is for you to decide:

"It was mentioned on Game Grumps as the record holder for a music video with the most annoying zoom pans. The entire music video looks like the cameraman was having a seizure while using the zoom lever."

Judge for yourself - here's the video.

The band have disappeared on hiatus at various stages in their career, always reappearing with a new version of their famous, desperately egregious song with lyrics Liam Gallagher would deride.

They did reappear in 2013 with a new EP, however, and it's likely a track or two from Christiana Obey will be rolled out at Under The Bridge in May. Here's the title track from it. In the comments, someone has written: "It would be an honour to share needles with her." Ill advised.

But rest assured Saffron and her bandmates will not shirk their very clear responsibilities, as the press release tells us they are 'preparing to return to London to perform new music alongside some of their best-known hits', and you don't have to be Maigret to know what that refers to. Perhaps if we allow them one final, triumphant run-through of that bloody song in a packed-out, 500-capacity venue they will then do the honourable thing and delete it from existence. Or at the very least not re-release the damn thing for a fifth time.

Republica play Under The Bridge in Chelsea on 29 May, and tickets are available from the venue website. Are you ready to go? Of course you are.