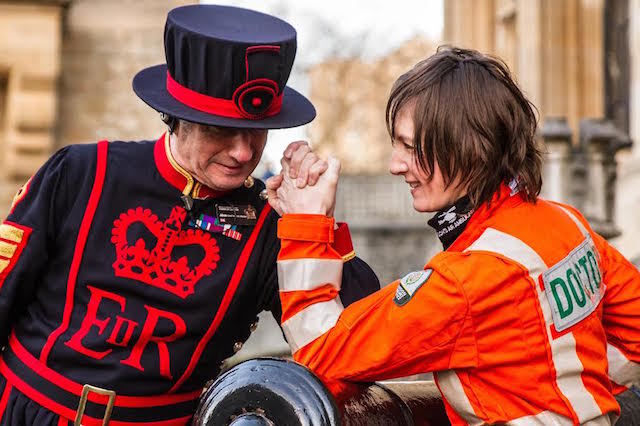 Last month, London's Air Ambulance launched a fundraising appeal to raise £4.4m to fund a second helicopter for the capital. This weekend, families can get involved in the fundraising, and support the conservation work of Historic Royal Palaces at the same time.

Tower Powerhouses is a trail taking place across the City of London, culminating in a picnic at the Tower of London. Aimed at families and children aged 5+, the course covers a 5km distance (good news for parents looking for a way to wear little ones out), with questions and clues that will engage primary school aged children.

They'll have to use literacy and numeracy skills to solve clues and questions so they can complete the route, which should take around two and a half hours. Once the hard work's done, dine like kings with a picnic lunch in the Tower of London moat.

Tower Powerhouses takes place this Sunday, 9am-1pm. You must register in advance — it's £25 per team (maximum of five people, at least one must be 18+), plus a sponsorship target of £175, which will be split between London's Air Ambulance and Historic Royal Palaces.

See also: A day in the life of London's Air Ambulance.