Reports are emerging of what appears to be a big fire at Battersea Arts Centre.

Plumes of black smoke, and flames engulfing the building's roof, have been photographed by onlookers. A tweet from London Fire Brigade reads:

Here are images of the latest tweets from Battersea Arts Centre: 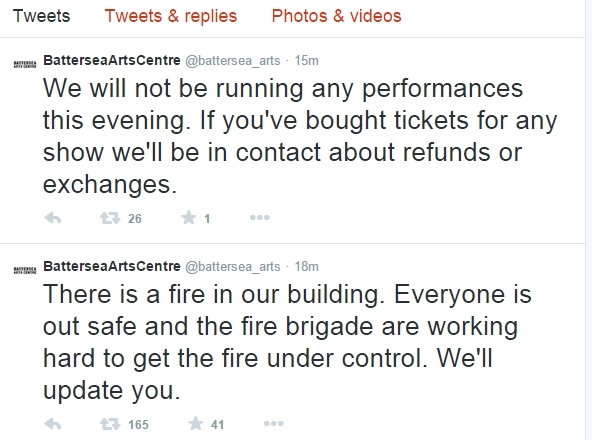 The building had recently been undergoing refurbishment.

Update 14 March: the fire brigade brought the blaze under control last night and that about a third of the first and second floors, and the roof, has been damaged. If you'd like to donate to the restoration, you can do so via the National Funding Scheme website.