Impress your friends by always knowing about the cool and unusual things going on in London — sign up to our Londonist Daily email to get our daily articles sent straight to your inbox at 5pm. That’s everything from ticket alerts to restaurant reviews, London news and insightful features. You can subscribe to all of our newsletters (or pick and choose which ones you receive) here.

How far can you walk from Trafalgar Square without crossing a road? These are the sorts of questions that keep our minds busy here at Londonist, so we were overjoyed when extreme walker Victor Keegan gave us the answer (and it's a lot further than we thought!)


LAST CHANCE: What do Miss Piggy, Celia Imrie and Benedict Cumberbatch have in common? They've all been photographed by Idil Sukan, whose work is currently on show in Borough. Free, until 2 March

MAN ON WIRE: DocHouse screens Man On Wire, the 2008 documentary about the Frenchman who illegally attempted to walk on a high-wire between the twin towers of New York's World Trade Center in 1974. Followed by a Q&A with the film's producer Simon Chinn. £5, prebook, 3pm

CRAFT CLUB: Make Thrift is a new monthly upcycling craft club at the Petit Miracles Hub in Shepherds Bush. Today, upcycle a jam jar into a terrarium. Learn how to mix your own soil, care for plants and construct a miniature world using a selection of found objects, old toys and handmade props. £25, prebook, 6.30pm

END OF VANDALISM: American author Tom Drury celebrates a new UK publication of his cult novel The End of Vandalism at Bookseller Crow in Crystal Palace. He’s talking about it with the excellent Jon McGregor. Free, prebook, 7pm

ALL KILLER NO FILLER: Shorts on Tap is at Juno Shoreditch for a screening of seven short films, alongside a chance to discuss and debate the films with their directors. £3, prebook,7pm

COMEDY: See the increasingly-famous Katherine Ryan plus Joe Lycett and Julian Deane at Always Be Comedy in Brixton. £10, just turn up, 8pm

For more things to do around London, why not try…

…Wingit? Available on Android and iPhone, Wingit is a smart (and free!) little app that solves the problem of “I want to do something now, but what is going on nearby?”. With just one tap, Wingit finds your location, scans social media and sends the best events happening nearby, straight to your device. From performances to pop-ups, screenings to street art, download Wingit today on the App Store or Google Play to see what’s going on just round the corner. 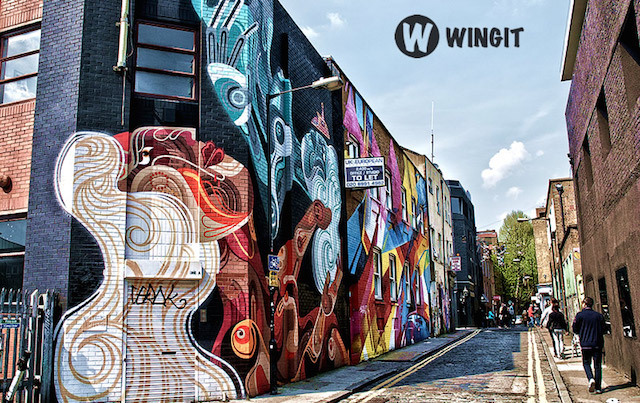 This week’s Things To Do In London is sponsored by Wingit.

Sign up now to take part in the Starfish Breakfast Run on Clapham Common on 15 March and raise money for  Starfish's work protecting orphaned and vulnerable children in South Africa.

Find more London events in our Free & Cheap events listings. Want to see your event in these last-minute listings? Email us at hello@londonist.com at least 48 hours before the event, and we will consider it for inclusion. Note: due to high volumes of email, we can’t always reply.