By Chris Lockie Last edited 80 months ago
Chris Lockie Another Incredible Transfer Deadline Day For London's Football Clubs
For those of us old enough to remember the time before football was invented by Sky, those frighteningly grey days when teams like Leeds — Leeds, for Christ's sake — could win the league, watching money-led football swallow itself today is a lot of fun. Transfer Deadline Day, that mad rush by football clubs buying players in last-minute deals that make Twitter moist, has become an exercise in frustration for fans, which is bad, but also for football journalists and TV pundits, which is hilarious. "And over to Jeff at Stoke's training ground! What have you got for us Jeff? Nothing. You've got nothing Jeff. Go home."

Nevertheless there was low-level activity in both directions through a window which should really have been boarded up long ago for the good of us all. Here's London's transfer deadline day AS IT HAPPENED, sorry, it's quite infectious this hyperbolic madness.

The first leg through the window is a youthful one: Norwegian nipper Andreas Breimyr signs for Palace, and looks delighted about it. He'll have a little longer to get his head around it though, as in a mechanism that will no doubt be banned by authorities at some point, for reasons never made clear, he's been loaned back to the club he has(n't) come from for the rest of the season.

Now that Leeds aren't allowed to win Sky's league they're shedding their players like caterpillars shed whatever that's about before butterflies. Millwall are the beneficiaries. Tonge has played for a vast array of northern clubs and this will be his first time in London. Never even been on the Eye, apparently.

Two and a half bloody hours without a deal, step it up people. Here come Orient to save the day with a loan deal for one of those players whose names will polarise fans. Sissak? Chissak? Kissak?

Another hour has passed and we're getting decidedly restless. Nathan Oduwa is an England under-18 international but what's the use of us telling you that if he's heading out of London, not in? Why would you care about what happens in Luton? No matter what they call their airport, just no.

Finally the day stops being all about pokey little deals for players you've never heard of. Chelsea, never shy of unzipping the fly on Transfer Deadline Day, brought in one of those players who did well for a minor team at the last World Cup, with impressive hair. Unfortunately for poor Roman, FIFA's hastily-imposed and plainly not thought-through rules around financial fair play mean Chelsea have had to offload Andre Schurrle to balance things up. Finances are never clear in football and forever subject to change based on performance, or lack thereof, so there's a chance that Chelsea might actually end up making a profit out of this TDD. We don't understand it either; perhaps these really are the End Times.

And normal service is resumed. Is he a striker? Is he an attacking midfielder? Is he a 'pacy winger'? If anyone can help Emmanuel Sonupe find his true position on the park it's St Mirren. And the answer to your next question is 'Paisley'.

In a day of high drama it's another This Is England star on the move. Jack O'Connell has grown tired of playing muscular hard men and being called a duck by Angelina Jolie, and taken a sideways step into a football career with the mighty Bees of TW8. A few clean sheets and a successful play-off run will surely consign his turn as a real git in Harry Brown to distant memory. 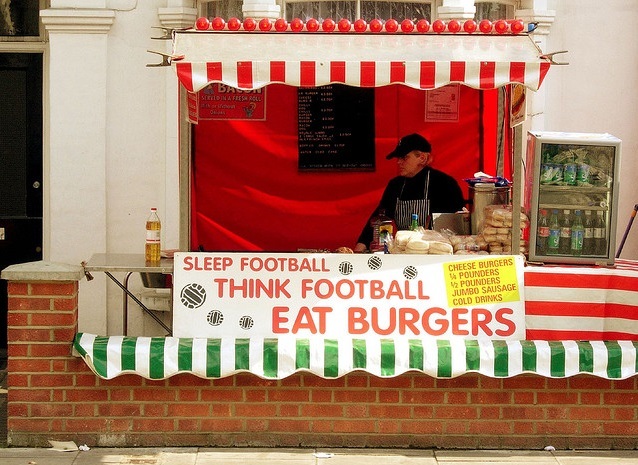 The only inter-London deal of the whole TDD and it's a cracker. Oh wait, no it isn't.

The Daggers get in on the action with a loan of Daniel Carr, a Londoner who spent a time in the wilderness of Huddersfield, but will be hoping a return to London will rekindle the remarkable form he had in his Dulwich Hamlet days. Wikipedia tells us he scored 23 goals in 37 games for the Pink 'n' Blues, and given Dagenham's slide towards the wrong end of the fourth division he might actually prove to be the signing of the TDD.

Barton Rovers are based somewhere in Bedfordshire, which makes forward Keshi Anderson's move to Palace not so much a step up as a salmon-like leap into unknown waters with bears swiping at him all the way. Palace got up to this kind of thing back in the day when they snapped up a striker named Ian Wright from relative obscurity. He turned out all right. No pressure, Keshi.

As we edge ever closer to the slamming of the window, Mohamed Salah hurls himself through in a last-ditch bid to get away from Jose Mourinho. He played 18 times for Chelsea and scored twice, including in the amusing 6-0 spanking of Arsenal last season. Whether he grinned more about that result or about his having talked his way out of military service is anyone's guess, though this grin tells its own story.

Whatever happened to Bruno Andrade? Once touted as the next big thing, he seems to have fallen out of favour with various managers and now finds himself shipped off out of London like a wartime schoolchild. A real shame.

Whatever happened to Aaron Lennon? Once touted as the next big thing, he seems to have fallen out of favour with various managers and now finds himself shipped off out of London like a wartime schoolchild. A real shame.

Right, what exactly is going on at Selhurst Park? Alan Pardew's obviously running around south London with a mobile phone and a bottle of whiskey, firing off calls at random, offloading and inloading players like Panini stickers as agents rub their hands in glee. Securing a near £12m profit on the buying back of Wilfred Zaha is pretty good going, but given Pardew's dubious transfer record at Newcastle (probably, we weren't paying that much attention, long way away and very cold) he may well have shelled it all on the 'undisclosed' fee for Lee Chung-yong, who broke his shin at the Asian Cup last month, which must still sting a bit.

And that's it, the window SLAMS SHUT but wait, what's this? Chelsea have offloaded Ryan Bertrand to Southampton, where he's been playing for ages anyway on loan so we'll let them sneak that one in past the deadline.

But not this one; this is cheating, pure and simple. Spurs, fresh from a successful bid to keep I'm-going-nowhere-mate Emmanuel Adebayor on the books, have picked up young Englishman Dele Alli from MK Dons way after the window has SLAMMED SHUT. How is this allowed? They've loaned him back to Milton Keynes, which by the way is like dangling a lolly in front of a child before wolfing it down yourself, but surely the window's there for a reason. Or is it? We're increasingly unsure.

And this is just taking the piss.

Join us next year for another amazing Transfer Deadline Da- ah actually don't bother, it's rubbish.