Mozart In London Explores The Young Maestro's Best Ever Holiday 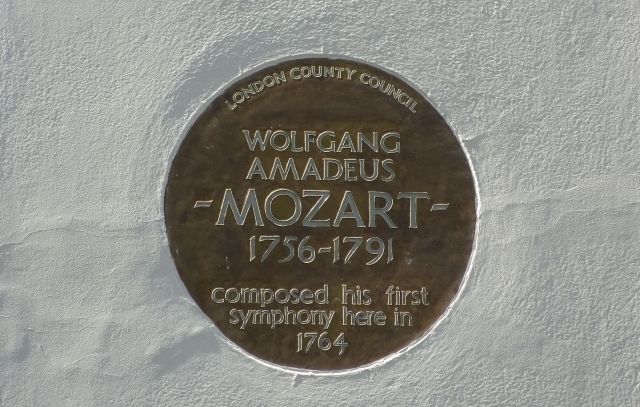 Various cities and countries can lay claim to having had an influence on the young Wolfgang Amadeus Mozart during what became know as the Mozart family grand tour. What's indisputable, however, is that the racket at his lodgings at 180 Ebury Street in Belgravia proved so unholy on the young Mozart ear that he was prompted to create the first symphony of his life, Symphony No. 1 in E-flat major, to drown out the din.

This and many other works will be celebrated in a forthcoming weekend of concerts, talks and events taking place from 20-22 February at the Barbican's Milton Court venue. Mozart in London is a celebration of the young composer's 16 months in the city, though it wasn't necessarily the happiest period of Wolfgang's life; it's expected that the performers at Milton Court will gloss over the near-fatal illnesses suffered by his father Leopold and his sister Nannerl during their time here. Wolfgang himself didn't get away without a spot of Montezuma's revenge, though the precocious little sod continued to compose throughout.

The main draw of the event will be live performances of the work of Mozart himself and other composers working at the time of his trip to London. These shows will be under the direction of Ian Page, Artistic Director of Classical Opera, who will be running the concerts and conducting the orchestra.

Friday 20 February will include performances of Mozart's 1st and 4th symphonies, plus works by Londoner Thomas Arne and Johann Christian Bach, son of Johann Sebastian (often known as 'the London Bach'). Saturday 21 February sees the introduction of the work of a largely forgotten Clapham composer named George Rush, as well as excerpts of the programme of the Italian Opera Company that was resident in London at the time of Mozart's visit. The final day of the event, Sunday 22 February, returns the focus to Mozart and Bach, though Bach's friend and fellow London-based composer Carl Friedrich Abel also gets a look in.

And at this point we'd be remiss if we didn't give you a spot of the man himself. Here's his debut symphony, written above that very barber shop. We recommend you don't ask yourself what your biggest achievement was before your ninth birthday while listening to this.

A varied group of performers will be taking the stage, including noted sopranos Ana Maria Labin, Rebecca Bottone and Sarah-Jane Brandon, plus tenors Robert Murray and Ben Johnson.

And aside from the live shows there are a number of talks taking place across the weekend. On the Friday Mozart scholar Cliff Eisen will be giving an introduction to Mozart’s London, while on the Saturday BBC Radio 3’s Andrew McGregor chairs a discussion on Mozart in London at Milton Court which should prove insightful to anyone with an interest in the London of the 1760s. Did you know that Prime Minister George Grenville was sacked by King George III just a fortnight before the Mozarts left for the Netherlands? You do now.

Sunday’s talks include an exploration of Mozart’s stay at Ebury Street in 1764, during which he kept what’s now known as his Chelsea Notebook, and a more general look at Georgian London from author Lucy Inglis. The Museum of London will be getting involved as well, with Mozart at the Museum at 11am and 12pm on 21 February — two special tours of its Expanding City collection, in which members of the public can find out more about the London that Mozart would have experienced, and its influence on his life and early works.

Despite the occasional bout of illness we can be sure that Mozart enjoyed his time in London more than anywhere else on the family tour because, well, you would wouldn’t you? A thoroughly worthwhile exploration of a trip that helped shape classical music as we know it today.

Mozart in London takes place from 20-22 February, mainly at the Barbican’s Milton Court, and performance tickets are available at the Barbican website.