This week marks the 30th anniversary of the first ever (civilian) mobile phone call made in the UK. The call was made from London's St Katharine Docks on 1 January 1985, via the Vodafone network, by comedian Ernest Wise. The patronage of Little Ern may seem a little incongruous, but Wise had already done an ad for Atari with Eric Morecambe earlier that decade, and was already well-versed in hawking grey, clunky pieces of tech, for presumably a neat little pay packet.

A crowd gathered near to the Dickens Inn to witness Wise call up the Vodafone office in Newbury with a Transportable Vodafone VT1 (these beasts weighed around five kilos, and cost two grand — or £5,000 in today's money). We don't know what Wise's words were, but back then, Vodafone consisted of a handful of employees working above an Indian takeaway, so we're guessing he put in an order for a rogan josh, mushroom rice and a peshwari naan. Oddly, Wise performed the call in front of a 19th century mail coach, wearing full Dickensian coachman's garb. Although to be fair, Wise was in keeping with his galleried pub backdrop.

Here's Ernie making that call (you can make out the Dickens Inn, behind him): 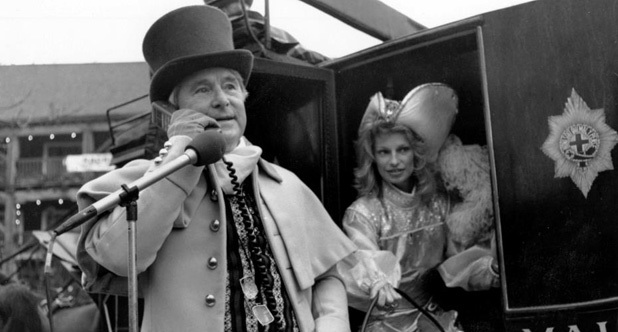 But there's a problem with this story. Because in fact the first mobile phone call in the UK had already been made some hours before. And that phone call involved another Ernest — Ernest Harrison, the first chairman of Vodafone. The story goes that Ernest's son, Michael Harrison, snuck out of his family’s New Year’s Eve party at their home in Surrey and drove to London to "surprise" his father, calling him from among a group of revellers in Parliament Square. Harrison Jnr recalls that the line was crystal clear — maybe because there weren't 20 million Vodafone users clogging up the network at the time. 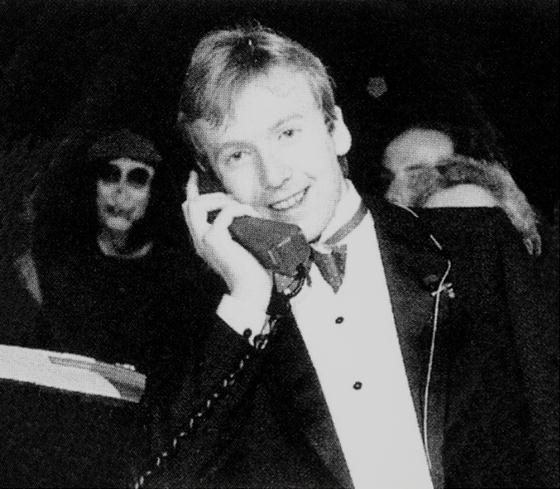 And here's Daddy on the other end of the line: 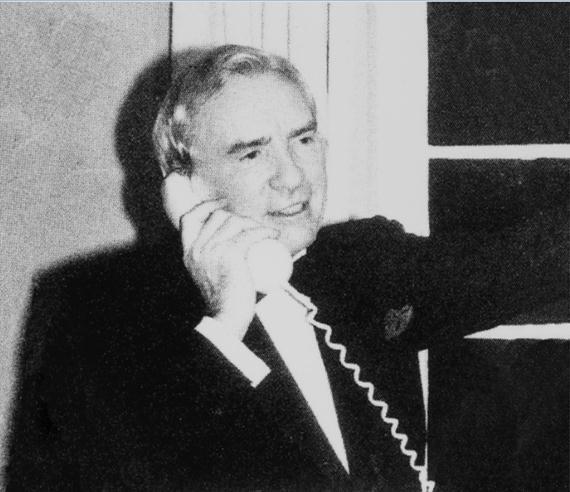 Judging from these photos, it's hard not to think there wasn't so much of a surprise element to the whole stunt (what, for instance, if a waiter had answered the phone instead of Harrison?). Nonetheless, it was a landmark in technological advance, and a harbinger of the many thousands who would stand in front of Big Ben 30 years later, using their mobiles — ironically, mostly to take photographs of the landmark itself.

Here's a picture of Michael Harrison reenacting that phone call in front of Big Ben recently. 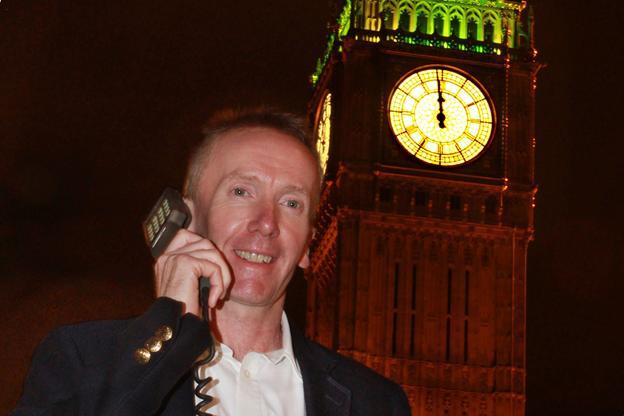 Next week: we debunk the myth that Charlie Chaplin was the first person to play GoldenEye on the N64.