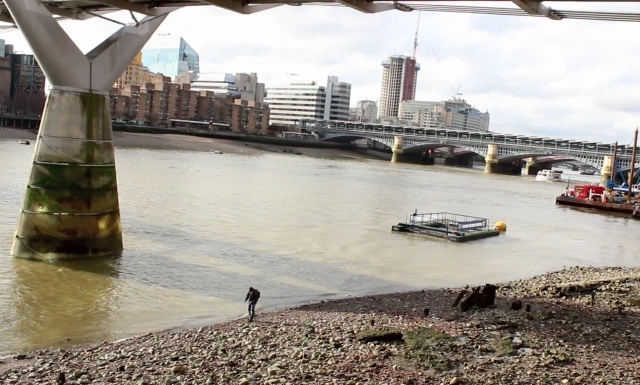 We scour the major crowdfunding sites for this month's round-up of worthy projects including a new site dedicated to unearthing London's archaeological treasures.

MicroPasts is a new non-profit crowdfunding site that supports community-based research into archaeology, history and heritage. It aims to allow groups of traditional academics, organised volunteer societies and other interested individuals to advertise new research projects that they wish to conduct together and campaign for small to medium amounts of start-up money. As they support the type of project the Londonist readership tend to lap up, we suspect we'll be hearing a lot more from MicroPasts in the coming months.

Their debut project is London’s Lost Waterway, a study of wherries and river stairs on the tidal Thames by the people behind the Thames Discovery Programme. The plan is to rediscover how the river was once used as the principal way of getting around the city before motor cars, buses and the Underground, by highlighting the 88 or more regulated landing places on the banks of the Thames used by river taxis and various other craft. Unlike other crowdfunding sites, MicroPasts will collect the money from donors regardless of whether the target is met so whatever you can chip in will definitely go towards this intriguing project. 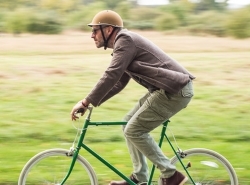 Londonist continually wrestles with the best way to report cycling accidents on the capital's roads, so we're all over anything that might help improve cycling safety. An issue for bicycle safety experts is that many people choose not to wear helmets because they worry they make them look like berks, so slotting into the gap where fashionable helmets might naturally fit is the Dappercap, billed as an attractive helmet for people who don't cycle in sportswear.

Dapper indeed; they come in four colours in a moleskin finish, and they're made from carbon rather than plastic for added protection for your dome. They switch from their North Kensington design table to be hand-made in Cornwall, making them the only British-made cycle helmet according to the people behind it. Rewards for getting the Dappercap over its Kickstarter finishing line include a bike ride with the duo behind the project along the Regent's Canal, and obviously a helmet to wear during the jaunt.

In the Footsteps of Turner 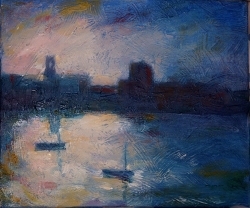 Joseph Mallord William Turner, one of the country's most famous painters, was born in Covent Garden and died in Chelsea. In between he travelled all over the country, putting together a series of paintings known as the Ports and Harbours of England. And now artist Andy Parker, also born in Covent Garden, wants to follow in the great man's footsteps to see how those ports and harbours have changed in the intervening two centuries.

London is where Parker has cut his teeth, and his work is very clearly influenced by Turner's exceptional landscape paintings. Parker's Limehouse Dawn in particular shows that we have a superb talent among us, and a contemporary takes on the ports of England will be safe in his hands. Rewards for the Indiegogo project to raise funds for his 1000-mile journey include original woodcut prints and oil paintings, and invitations to the private opening of the eventual exhibition. 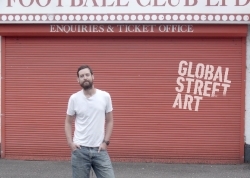 'Various walls around Leyton' is where this community art project is planned to happen. We are presenting this crowdfunder in good faith, hoping that the people behind it have asked the owners of these various walls if they're happy to play host to a set of murals celebrating the past, present and future of Leyton. It strikes us as an excellent idea though, and anyone who'd rather keep their wall a dull, grubby white must be a dreadful killjoy.

Three sites are already confirmed: Leyton Orient FC, The Royal Cafe and Gyms Kitchen, with funding sought to secure more sites, maintain the murals and pay for materials. Local artists will take the lead on each mural supported by local volunteers, are the project will be promoted by the London-based Global Street Art collective. A thoroughly worthwhile project to brighten up the borough, and they're looking for less than £7,000 over the next couple of months so have an excellent chance of hitting their target.

Largest Sandwich in the World 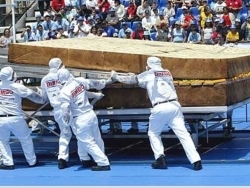 Now, we have to be honest here and say that with just a couple of days to go and just two quid raised of a target of £10,000, Alexander Waddington's project to build the largest sandwich in the world doesn't look hugely likely to succeed. Nonetheless the goal is a magical one, not least because Londonist is at this very moment hungry, and we like the idea of London claiming a record currently held by Wild Woody’s Chill and Grill of Roseville, Michigan.

So it's a sandwich, weighing 6,000lb. It will need roughly 700kg of bread, 1,000kg of cheese and 1,000kg of ham, with added mayo and lettuce, because why not? There is but one pledge reward: "Once the sandwich has been weighed by the Guinness Book of Records Board, everyone will be able to have a bit or two". A bit most likely equates to a bite. Of the world's biggest sandwich. Get involved.