Get Your Indie Film Fill With Raindance 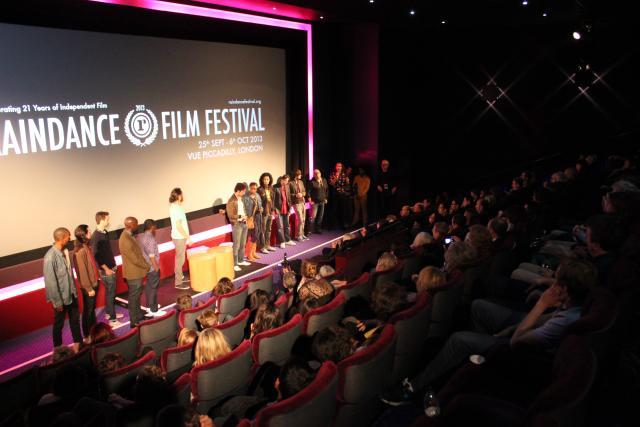 If you like indie cinema, you'll love the Raindance Film Festival. There's over 100 feature films from countries as far apart as Mexico and Macedonia, China and Croatia, as well as 150 shorts in various programmes/before features and 40 events.

John Malkovich is around for the screening of Diego Luna's biopic of American civil rights activist Cesar Chavez on 27 September. London-wise, one film tipped to break through is Panic starring David Gyasi (of Chris Nolan's upcoming epic Interstellar); it's a paranoia-soaked thriller set in the capital about a man who sees a kidnapping through his binoculars then sets off to find out what happened only to get sucked into a violent underworld run by a human trafficking ring. We'd also recommend Shawn Christensen's debut film Before I Disappear, which is based on his Oscar-winning short Curfew, and the award-winning Dutch film Wolf, about a kickboxer who gets mixed up in organised crime. And while we're here, anything which stars Maxine Peake (Keeping Rosy) and Matt King (Gregor) is OK by us.

There are some famous faces in the shorts programme: Peter Mullan is in Long Distance Information (playing before One Shot on 5 October), Stephen Mangan gets obsessed after spotting his double in an old Italian film in L'Assenza, while Toby Jones and Marc Warren indulge in shadowy surveillance in Hardwire. Like the features strand, the shorts come from all over the world and are a great opportunity to spot the next big talent.

As befits an organisation that runs courses for filmmakers, there's also a heavy emphasis on events and networking. In fact, so strong is the focus that you can buy a pass that will just get you into all the events — you don't have to see a single film for the whole festival. (Though that might be missing the point.)