Scary All-Dayer For Camden This Halloween 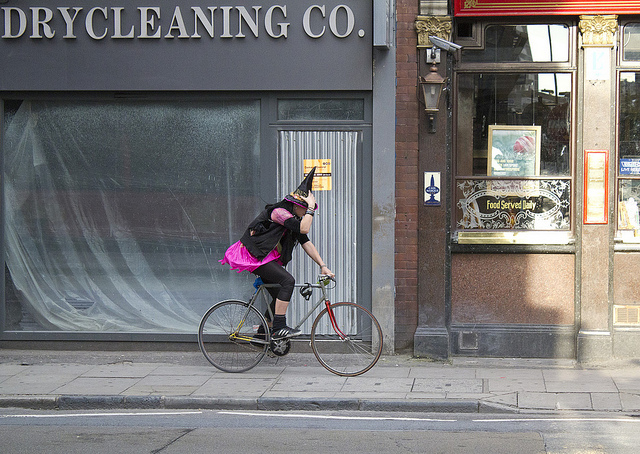 The annual army of folk wearing sheets demanding sweets will be drawn to Camden later this year, where a creepy crawl is taking place among the various dark and frightening music venues in the capital's home of scary music.

It's a couple of months away yet, but eleven venues have already signed up for Nightmare...on Camden High Street. This is set to be another of these all-day Camden events where ticket becomes wristband, which allows you into all the venues with a wave of the arm (that becomes increasingly uncontrollable as the afternoon and evening wear on). Nightmare is taking place on Saturday 1 November so you don't have to worry about it taking over the real Halloween or making your standard Camden trick-or-treating a minefield of empty lager cans and fallen pub soldiers.

Nearly 40 acts have been announced so far, with many more to come (the poster claims there will be 120 on the line-up by the time it goes ahead), and of course there's a focus on loud guitars, this being Camden. A number of splendidly horrifying bands are already confirmed, including a hell of a lot of London representation. Generation Graveyard, Rewild and Panic The Vulture all live in the same city as us, as do The Parade (by the way, how disturbing is this video of theirs?)

Perhaps the pick of the London acts is the grimly named Death Koolaid. Whether the world needed a female Marilyn Manson has been decided emphatically in the positive by the band's singer Siren Sycho. Judge for yourself, lest ye be judged.

Currently at the top of the bill is another Londoner, the excellent singer-songwriter King Charles.

The event is being arranged by the people behind Camden Rocks, which has wrestled the crown of the main summer all-dayer in NW1 from the doomed Camden Crawl, and if they've now decided to do two such events a year, well that's simply splendid.

A clear warning though — anyone with a perfectly understandable aversion to the dressing up box should take note of the following words from the event's announcement: "Fancy dress will be VERY much encouraged so be as horrific as you possibly can be!"