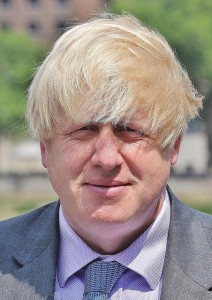 Mayor of London Boris Johnson has said he will "in all probability" stand as an MP at the general election next year.

At a speech in London on the future of Europe, the Conservative politician added he intends to remain in his current post until the end of his term in 2016.

He said: “I haven’t got any seat lined up but I might as well be absolutely clear, in all probability I will try to find somewhere to stand in 2015.

“It is highly likely that I will be unsuccessful in that venture, you should never underestminate the possibility of these things going badly wrong, but I will try that. One thing is absolutely clear, I will serve out my mandate here in London.

“It might all go wrong but I think the likelihood is I’m going to have to give it a crack.”

According to the BBC, he has been linked with the seat in Uxbridge, where current MP John Randall is set to step down at the election on 7 May.

The decision contradicts previous pronouncements from the Mayor. During his reelection campaign in 2012, he told the Evening Standard: "I made a solemn vow to Londoners to lead them out of recession, bring down crime and deliver the growth, investment and jobs that this city so desperately needs. Keeping that promise cannot be combined with any other political capacity."

In response to the announcement, Labour's Shadow London Minister Sadiq Khan said: "As a lifelong Londoner I want to see a Mayor who is dedicated to making our city the best place in the world to live. A Mayor who puts London first. Boris Johnson has made it absolutely clear today that his priority is succeeding David Cameron as Tory Leader rather than serving the interests of Londoners. London deserves better than this."

Speaking of Cameron, the Premier was quick to tweet:

Boris wouldn't be the first Mayor to also be a member of parliament, but  how would London cope with a part-time Mayor? We look at how Johnson is currently assisted by a significant team of deputies, directors, special advisors and more.