The internet could tell us nothing about this singer apart from the fact that she like to drink from cups. Good to know. She is however performing with the backing of Communion Records and they only work with the best. @WASHINGTONx, @OldStPancras

Abbey is playing at Ian Bennett's Music Box Folk and Acoustic night. This is one of our favourite acoustic nights in London. Ian hand picks all his performers and they get every penny from the audience who come to see them. @AbbeyBowden, @paperdressed

Courtly Love are a new brand quintet from East London and are one of those rare musical collectives who appear to have arrived fully formed and armed with clutch of quite wonderful tunes. This is a free gig. @LoveCourtly, @ShacklewellArms

When this band talk about how they formed it sounds like the start of a film — "And so, in Louis's kitchen, after a long night of hazey mindedness; Ben, Liam, a pre written song from a few days before, a snare drum and a guitar, came the first ever recording Sharks Don't Swim ever made."  And so... an indie band was formed. Tonight they perform at Proud Camden. @SharksDontSwim, @ProudCamden 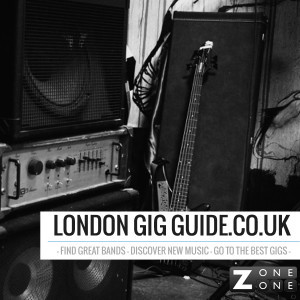