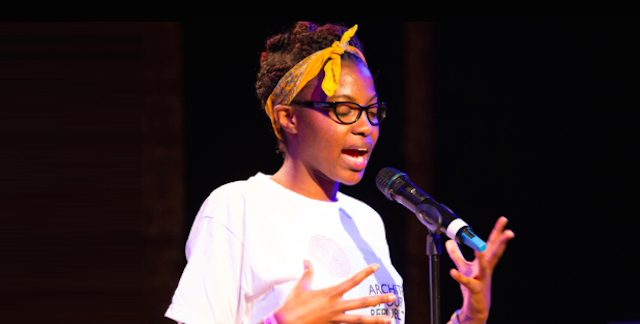 For the past seven years, budding Wordsworths have taken part in Roundhouse's Poetry Slam. This year, the competition is back, offering poets aged 16-25 from across the UK a chance to perform their work in the famous venue.

How does it work? The heats take place on 31 July and 7 August, featuring performances from well-known poets such as Hollie McNish, Dan Cockrill, Bohdan Piasecki, Inua Ellams and Deborah Stevenson. Fifteen poets each perform two of their own poems, each of which has to be under three minutes in length (so no numb bums in the audience).

The Grand Final takes place on 14 August,with finalists competing for the title of Roundhouse Poetry Slam Champion 2014 and to win the prestigious Colin and Helen David £500 Prize. The slam will be hosted by Dan Cockrill with judges on the night including Deanna Rodger, Inua Ellams and Lemn Sissay.