The First Law Of Kipple 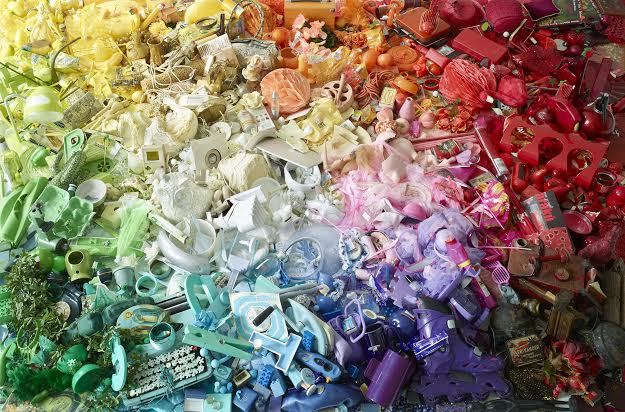 Artist Dan Tobin Smith is putting out a call for kipple to cover his entire east London studio as part of an installation for the London Design Festival.

Not sure what kipple is? We weren't either but it's inspired by Philip K Dick's 1968 novel Do Androids Dream of Electric Sheep, which science fiction fans might know better as the film Bladerunner. The book describes 'kipple' as all the useless, used-up or pointless stuff that we collect around ourselves.

Tobin Smith plans to cover the 200m square floor with objects donated by the public, laid out and arranged chromatically with pathways for visitors to wander through the sea of objects. The kipple will also be photographed to create a series of prints.

In the meantime, he's on the lookout for kipple, so if you have a useless object which meets these criteria, send (or bring it in person) to Dan Tobin Smith at his studio. Some of the kipple already donated includes broken Scalextrix, a wedding dress, a headless pink china flamingo, diving flippers, roller blades, banana guards (we had to look this up too)  and a lot of fake grapes.

The First Law of Kipple by Dan Tobin Smith can be seen throughout the London Design Festival at 52c Whitmore Road, N1 5QG between 10am and 6pm, 13-21 September 2014. Entry is free.