Ships, Clocks And Stars At The National Maritime Museum

By M@ Last edited 96 months ago
M@ Ships, Clocks And Stars At The National Maritime Museum 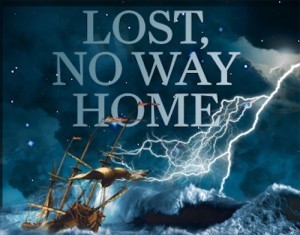 It's deucedly easy to get lost at sea. All that water and sky and lack of landmarks. Imagine trying to cross the ocean without any accurate way of knowing how far east or west you'd gone. That was the challenge facing ships in the age of empire and exploration. Many went astray; many didn't make it home.

The quest to measure one's way around the globe is a story that has been told many times, most notably in Dava Sobel's 1995 bestseller Longitude. The tale is also a mainstay of the Royal Observatory, where John Harrison's marine chronometers are on permanent display. So what fresh material is brought to the captain's table by the National Maritime Museum's latest exhibition on the subject?

It has to be said, the exhibits and narrative offer a pretty orthodox introduction to the subject. Those who already know the story will find few surprises. However, the often complex techniques of navigation are so carefully explained that even those who don't know which end of a telescope to peer into will soon be au fait with the workings of a sextant or cross-staff. It's more intellectually nourishing than a Principia sandwich.

The heart of the exhibition chronicles the various efforts to determine longitude, the key players, and the role of the Board of Longitude. Harrison's five chronometers, which went a long way to solving the longitude riddle in the 18th century, are all present if not correct. You'll also find plenty of also-rans, and improvements on Harrison's designs.

Be sure to watch the touch-screen animations, which do an efficient job of describing competing techniques for finding a ship's position. Some of these are ingenious. Theoretically, you can determine your location by observing the moons of Jupiter and cross-referencing with a table of measurements. Theoretically. On the uppy-downy deck of a ship, you've got more chance of observing a mermaid painting her toenails.

After relating the voyages of Captain Cook, and some later improvements to navigation, the exhibition ends abruptly somewhere in the mid-1800s. A final section on modern navigation and satellite technology might have rounded things off nicely, but we guess you can trek up the hill to the observatory for that story.

The exhibition is supported by a number of events, including a Dark and Stormy Late opening on 24 July, which will feature cabaret, gallery tours, curator talks, a pub quiz (courtesy of Londonist editor Matt) and cocktails.

Ships, Clocks & Stars: The Quest for Longitude is on at the National Maritime Museum until 4 January 2015. Entrance is £8.50, which includes entry to Royal Observatory and Longitude Punk'd exhibition. A book on the theme is also available.