Men Arrested Over 'Indecent' Pictures On The Tube 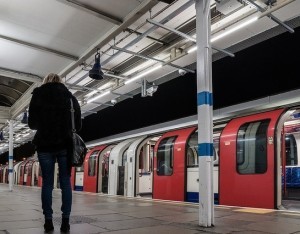 We thought news of the arrest of three men for taking 'upskirt' pictures of women on public transport earlier this month seemed like a good time to remind London's commuters of Project Guardian.

What exactly counts as unwanted sexual behaviour? Basically, anything (including upskirt photography) from lewd comments or being followed right through to flashing and groping. You might feel intimidated by that guy who sits right opposite you in an empty carriage and stares but think reporting it is a bit OTT. In fact, BTP say even incidents such as this are considered 'intelligence' and can help build up a picture of abusers' patterns of behaviour. Project Guardian Inspector Ricky Twyford said:

"We received a text message to our text service recently that someone had seen a male filming up women's skirts on a Tube train. She didn't know any more information than that, but that's a vital piece of intelligence because it tells us a description of that person, where and when they were offending, and if we had another couple of reports of a similarly-described male, but perhaps on a different Tube line, we would be able to start painting a picture of where that person was offending and deploy officers appropriately."

It's not just about raising awareness, but also encouraging women to actually report it — a TfL survey previously revealed that 15% of women and girls had experienced harassment but 90% of them had not reported it to police. The reasons for not reporting an incident aren't at all surprising. Victims feeling that they would be making a fuss about nothing, that it was their fault for wearing a short skirt, that sexual harassment is somehow an inevitable part of being a woman on public transport.

The BTP's line is pretty clear — it's not normal and it's not acceptable, while a 31% increase in reported sex crimes on public transport suggests more women feel the same way.

If you're travelling on public transport and you experience (or witness) unwanted sexual behaviour, text 61016, call freephone 0800 40 50 40 or find a police officer in the station. The BTP emphasise that you will be always be believed and taken seriously.

Photo by Mark D Baynham in the Londonist Flickr pool.