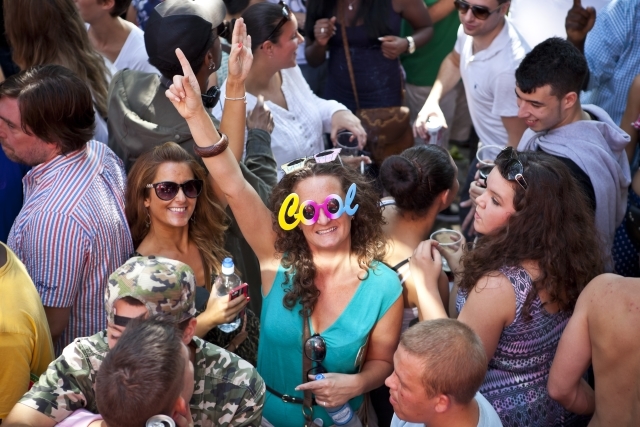 Mid-September sees the appearance of a new London festival fresh from the brain of Norman Jay, a hero of the city's dance music scene for over 30 years. Good Times in the Park takes place on 13 and 14 September with a line-up hand-picked by the Notting Hill-born DJ, focusing on the type of feel-good atmosphere and sounds that will have permeated the Carnival a few weeks earlier.

Wormwood Scrubs Park is the venue for the festival, and two months ahead of the event the line-up is already packed with heavy hitters from dance and related genres. Grammy award-winning superstar Chaka Khan, the Brand New Heavies, Dub Pistols, Goldie and Ms Dynamite are just a handful of the acts signed up so far. The 'infamous daytime party' known as secretsundaze will be sending underground electronic music across the site.

And of course Jay himself will be performing some of his top-notch funk-infused house. Here's our hero performing at last year's Notting Hill Carnival, to a thoroughly appreciative crowd.

The Cuban Brothers will also be playing. It's important to note that these are Cuban Brothers and not Cuban Boys. Pity, but we're sure Los Hermanos Cubanos will prove a perfectly adequate substitute.

Good Times in the Park has been set up to support a quartet of important charities: the Damilola Taylor Trust, Prostate Cancer UK, Great Ormond Street Hospital and CoppaFeel, a breast cancer prevention organisation. All proceeds will be going to one of these four charities.

Norman Jay has done enough for the music scene to earn himself an MBE through his teriffic Good Times brand and this event looks likely to bump him ever-further along the road to national treasure status.

Good Times in the Park takes place at Wormwood Scrubs Park on 13-14 September. Tickets for the two days are priced £65-£80 (single day tickets also available) and are available from Ticketweb.

Image courtesy of the event organisers.